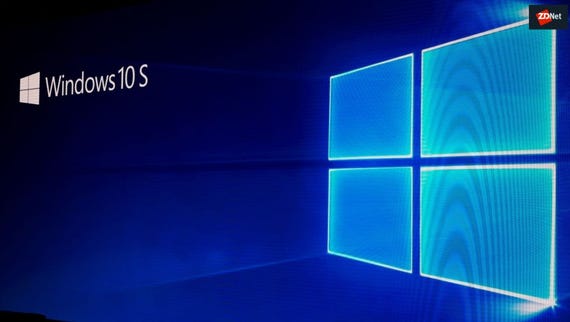 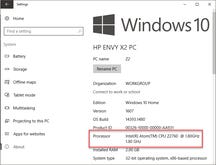 Windows 10 no longer supported? How to tell if your PC is eligible for latest version Millions of three- and four-year-old PCs are being blocked from installing the latest Windows 10 feature update. Is your PC at risk? Here are two ways to check for potential problems.

Microsoft's disclosure of its strategy around Windows 10 S has been... chaotic. (I'm being nice.)

On March 7, officials blogged about some of the coming changes around Windows 10 S, which have been leaking out over the past several months.

The value proposition of Windows 10 S is that it will boot faster, be more secure (as it only allows app installation via the Store), offer better battery life, and be less prone to bit rot.

On March 7, Microsoft Corporate Vice President Joe Belfiore officially confirmed that Windows 10 in S Mode will be "coming soon" to all editions of Windows 10. (Yesterday, Belfiore tweeted that S Mode would be coming "next year.")

He also said in tonight's blog post that moving from Windows 10 S to the fully-featured complementary version of Windows 10 will be offered "at no charge, regardless of edition."

Belfiore acknowledged that Microsoft's naming of Windows 10 S mode "was a bit confusing for both customers and partners."

He said that "starting with the next update to Windows 10" -- by which I assume he means Windows 10 "Redstone 4," aka 1803, -- "customers can choose to buy a new Windows 10 Home or Windows 10 pro PC with S Mode enabled, and commercial customers will be able to deploy Windows 10 Enterprise with S mode enabled."

Microsoft disclosed the existence of Windows 10 Enterprise in S Mode during its Ignite conference in September 2017.

Every company is claiming their latest web browser is the fastest one yet. So, which one really is the fastest? I took them to the test bench -- and here's what I found.

Join Discussion for: Microsoft: Switching out of Windows 10 S...