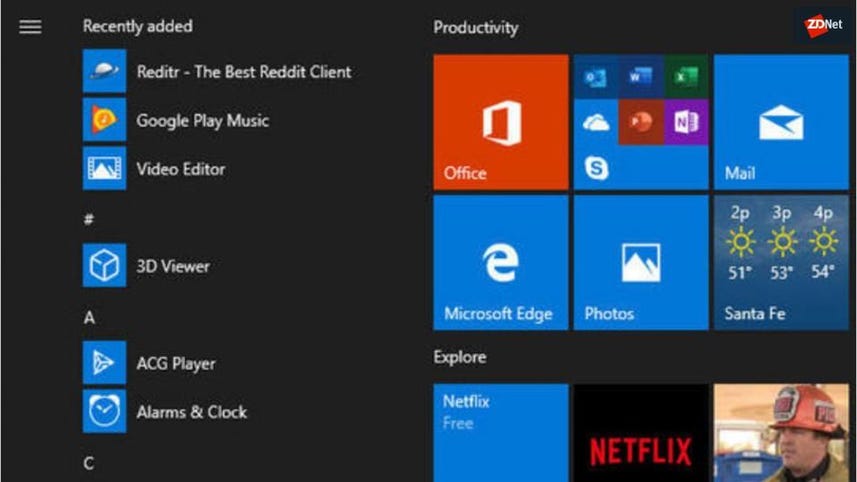 The new Windows 10 games were developed by Microsoft Research and include the Tile Slide puzzle, a memory game called Match Two, a math puzzle called Double Up, and Maze.

The games make use of Windows 10 eye-tracking APIs that were introduced in Windows 10 version 1803, building on the accessibility feature 'Eye Control' that arrived in version 1709.

Microsoft says it created the games to offer users a fun way of getting familiar with eye control and to "learn the skills to apply to other eye gaze-enabled assistive technologies". While the games are made for Eyes First, they can also be played with a mouse or touchscreen.

It's also hoping developers will take up the challenge of creating accessibility apps by using the Windows 10 Gaze Interaction Library.

To play the Eyes First games, users will need a compatible eye tracker, such as devices from Tobii and EyeTech. Users also need to enable Eye control within the 'Ease of Access' section of Settings.

The new games continue Microsoft's accessibility drive and follow its recent update to the MSPaint app in Windows 10 version 1903. The app now lets users draw with keyboard controls in addition to mouse and touch.

The company also launched the Xbox Adaptive Controller and used it as the center of its Super Bowl 53 ad this year.

As Microsoft details on its Accessibility blog, the origins of Eye Control came from a request by former NFL player Steve Gleason, who has amyotrophic lateral sclerosis (ALS), a disease that impacts muscle control and movement, often leaving the eyes as the only functioning muscle area.

Microsoft has published a video about the new games and the technology behind them. Source: Microsoft/YouTube

More about Microsoft Windows 10 and accessibility

Microsoft: This new Windows 11 app will tune your HDR display

Microsoft: This new Windows 11 app will tune your HDR display