Microsoft is adding a feature to its OneDrive for Business cloud-storage service that will allow users to restore all types of OneDrive files and folders.

That feature, OneDrive for Business Files Restore, will be coming to Office 365 users starting in late January. Microsoft expects the rollout to be available to all eligible users by mid-February 2018, according to a January 15 message in the Office 365 Message Center. (Thanks to @teroalhonen for the heads up.)

Microsoft execs have been touting this coming feature since late last year. This feature originally was supposed to roll out starting in December 2017. There's no mention as to when or if this feature will be made available to OneDrive consumer customers at some point, too.

OneDrive for Business Files Restore is a complement to Version History for OneDrive files, which Microsoft rolled out last Summer. 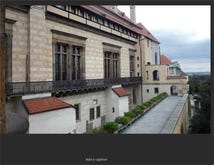 Six clicks: Microsoft OneDrive tricks that make it easy Microsoft's free cloud storage isn't just for Office files. You can use its rich set of features to share files, photos, and documents. Here are six tricks to help you get more out of OneDrive.
IT Priorities | Microsoft | Storage
Show Comments
LOG IN TO COMMENT
| Community Guidelines

Join Discussion for: Microsoft to add file restore to OneDrive...