Full Bio
Posted in All About Microsoft on September 10, 2014 | Topic: Mobile OS

Microsoft is preparing to drop the "Nokia" and "Windows Phone" brands from its advertising and marketing material as of this holiday season, according to a September 10 post on the GeekonGadgets.com site. 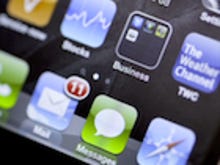 GeekonGadgets also claimed that Microsoft plans to do away with the Windows Phone operating system brand in its advertising/marketing in favor of plain-old Windows.

None of these claims is brand new. Earlier this summer there were reports about Microsoft's plans to phase out the Nokia brand over the coming months . And just recently, some eagled-eyed Microsoft users and watchers like Piptell.com's Michael Gillett noticed Microsoft had started using "Windows," rather than "Windows Phone" in its smartphone advertising.

It's no secret that Microsoft has some branding clean-up to do now that Nokia's handset business is part of Microsoft, and no longer part of the mapping/networking company Nokia. While the Nokia phone brand has considerable cachet outside the U.S., Microsoft needs a single brand for its phones. It's increasingly sounding like "Lumia" will be that brand.

(Rumors also have circulated that Microsoft might use the Lumia brand to replace its Surface brand . So far, there's been no newly leaked documents supporting that contention.)

On the operating systems side, a move away from Windows Phone makes sense for several reasons. "Windows phones running Windows Phone" always was quite an awkward construction. Plus, with Theshold, Microsoft is believed to be building a single version of Windows that will run on both ARM-based Windows Phones and ARM-based tablets . Calling that operating system "Windows Phone" would be confusing. Calling it "Windows," makes more sense, though still doesn't resolve how Microsoft will make it clear to consumers that this version won't allow existing Win32 apps to run (while the other Threshold SKU for desktops/PCs will allow Win32 apps to run in the Desktop).

"One Windows" is more of a strategy and asprational direction than an actual statement of fact. But it also unsurprisingly seems to be the way Microsoft is planning to market and advertise its products, going forward.