Full Bio
Posted in Between the Lines on November 27, 2013 | Topic: Microsoft

Microsoft is looking to follow its global cloud partners, Google and Yahoo, in encrypting the traffic flowing between its worldwide datacenter locations, fearing the U.S. government's ability to tap into customer data. 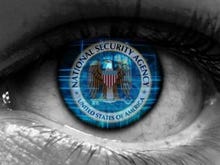 Microsoft was not directly implicated in the documents, but the Redmond, Wash.-based company and other technology giants are scrambling to figure out if they are at risk, or have been subject to broad wiretapping.

According to The Washington Post, top Microsoft brass are meeting this week to decide what encryption should be deployed and how quickly.

Dubbed "Muscular," the NSA works in conjunction with its British counterparts at GCHQ to  intercept the cables  between the two Internet giants' datacenters around the world.

Though Google and other companies spend vast amounts on leasing fiber optic cables from companies in order to keep their data off the "public" Internet, the NSA and GCHQ still reportedly tap these cables at major Internet hubs around the world, including in the U.K.

After the news broke, Google began encrypting datacenter traffic, which should by all accounts at least mitigate some of the NSA's attempts to acquire vast amounts of customer data.

Yahoo subsequently said it would introduce encryption to all of its products by the end of the first quarter of 2014. Chief executive Marissa Mayer Mayer said the company would also encrypt all data between Yahoo datacenters.

Join Discussion for: Microsoft to encrypt network traffic amid...