Full Bio
Posted in All About Microsoft on November 4, 2015 | Topic: Cloud

To date, Microsoft has offered support for a number of Linux distributions, including Ubuntu, CentOS, Oracle Linux, SUSE Linux Enterprise and openSUSE, on Azure. But Red Hat was noticeably absent.

Under the terms of its new partnership with Red Hat, Microsoft also will be making JBoss middleware available on Azure, as well "in the coming weeks," according to a November 4 blog post from Scott Guthrie, Executive Vice President of Cloud and Enterprise.

According to the post, Microsoft and Red Hat will co-locate support people to improve support.

"This (co-location) experience will enable enterprises to move their production Red Hat solutions to the public cloud with confidence. Co-locating support will be available in the next few weeks," Guthrie said.

Microsoft will be providing access to .NET technologies across Red Hat's OpenShift platform-as-a-service and Red Hat Enterprise Linux in the next few weeks, too, as part of the deal. The pair also will be providing integration between Red Hat CloudForms management platform and Azure, along with System Center Virtual Machine Manager to manage Red Hat Enterprise Linux on Hyper-V and Azure over the coming months. 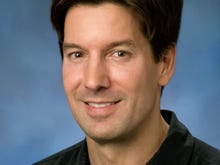 Azure CTO: Why Microsoft is digging Docker and the container revolution Recently appointed Azure CTO Mark Russinovich spells out Microsoft's espousal of the container cause on its cloud computing platform and his reservations about Docker security.

Last year there were some rumblings that Microsoft and Red Hat might be ready to announce a partnership, but it didn't come to pass. Some of my sources said it was Red Hat putting the brakes on Microsoft overtures to add Red Hat Linux to the list. But others said it was Microsoft holding things up.

Update (November 5): For those wondering (as I had been) whether the Microsoft-Red Hat deal involved any patent arrangements, the answer is yes.

Sources told me yesterday that the two companies entered a patent arrangement as part of the agreement. Microsoft and Red Hat agreed that neither would pursue a patent lawsuit against each other or each other's customers.

This isn't a typical Microsoft patent-protection agreement -- like the nearly two dozen such deals it has signed to date -- via which a company selling Linux/Android/Chrome OS products or services agrees to pay Microsoft to license its patents. Red Hat didn't agree that Linux is infringing on Windows patents, my sources also told me.

A Microsoft spokesperson confirmed these details. The official statement:

"The context is that this agreement isn't a Linux agreement or a patent license. It is consistent with both companies principles.The heart of patent agreement provides that neither company will pursue a patent lawsuit or claim against the other or its customers while we are partnering."

Update No. 2 (November 5): Red Hat has posted a frequently asked questions (FAQ) document that addresses the patent issue head-on. From that document:

"Red Hat and Microsoft have agreed to a limited patent arrangement in connection with the commercial partnership for the benefit of mutual customers.

"The heart of the arrangement is a patent standstill that provides that neither company will pursue a patent lawsuit or claim against the other or its customers, while we are partnering. Neither company acknowledged the validity or enforceability of the other's intellectual property; it is not a patent license or a covenant not to sue and no payment was made or will be made for intellectual property.

"The partnership is between commercial companies related to their common customer offerings, spurred by customer demand. Both parties carefully designed for FOSS licensing compliance in building the arrangement and each party's relationship to the FOSS community stands on its own."