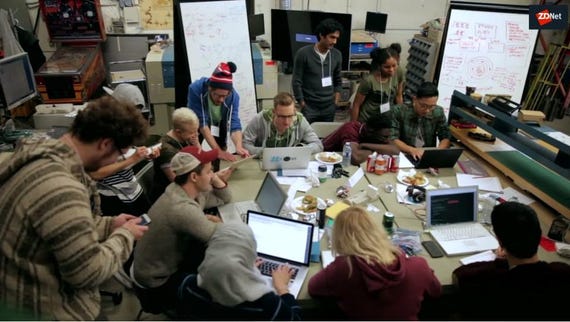 VS Code version 1.49 works to remove unnecessarily large pull requests by only formatting text that's been modified via a new command, 'Format Modified Lines', and a new setting, 'editor.formatOnSaveMode', which restricts Format on Save to modified lines.

VS Code users can also now use two new settings to customize how the cell looks with respect to the location of the tool bar and whether or not the Status bar should be visible.

With the new August 2020 update, there's an enhanced text diff editor for faster viewing of changes in notebook documents to help users spot what cell content or metadata are changed.

Another highlighted feature is new filtering support for the Debug Console to improve the visibility of output and conceal irrelevant logging output. Users can also filter out patterns, for example, ones starting with an exclamation mark, or filter entries only to include certain text like 'http'.

The VS Code JavaScript debugger has gained an improved Auto Attach feature that allows for debugging processes without manually passing an --inspect flag to them.

"When Auto Attach is turned on, by default VS Code uses its 'smart' mode to debug any Node.js script outside node_modules folders, as well as some common 'runner' tools such as mocha and ts-node," Microsoft notes.

Thanks to TypeScript 4.0, VS Code provides IntelliSense code completion and other language features while a large project is still loading. The TypeScript team targeted a process called 'project loading' to improve startup times when bigger projects load in VS Code and other editors. The end result is the availability of partial IntelliSense during project loads.

"Thanks to TypeScript 4.0, VS Code can offer limited IntelliSense while a large project is still loading. However the IntelliSense provided is limited to using the current file, instead of the entire project," Microsoft explains.

Features such as suggestions and Go to Definition will work, Microsoft promises, but suggestions are only shown from the current file, and users won't have features like auto-import because it relies on VS Code processing the entire project.

Microsoft has also delivered performance improvements in IntelliSense for its set of Java extensions for VS Code by cutting unnecessary client requests to the language server and improving the language server's ability to process these requests.

Microsoft's analysis found IntelliSense performance is "highly impacted by the number of requests clients send to language server and the language server's capability to process these requests".

In Microsoft's tests, it achieved "over 80% performance improvement" on previous releases of Java for VS Code, but end users may have to wait for a few more updates before they see this type of increase.

Join Discussion for: Microsoft: VS Code update gets new features...