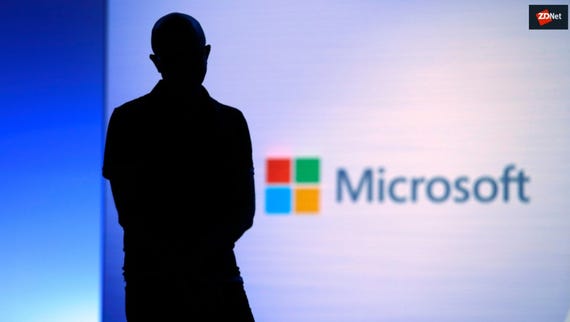 Back in 2005, Microsoft conducted a trial via which it managed Windows PCs and servers for Energizer Holdings. The company quietly began selling this managed services offering to enterprises with more than 5,000 seats before ultimately turning the service into Office 365.

It looks like Redmond's about to try an updated variant of this strategy again.

Microsoft is getting closer to revealing its plans for what it's currently calling the "Microsoft Managed Desktop." (Petri.com discovered the name in some recent job postings.)

I'm hearing this Microsoft Managed Desktop is, basically, the Microsoft version of "desktop as a service." It will provide customers the ability to lease a Windows 10 device that's automatically provisioned for them and have the operating system kept up-to-date and more for a single monthly fee, my contacts say.

As anyone who's been watching Windows 10 feature updates knows, many IT pros are unhappy about Microsoft's twice-yearly feature updates to the OS. They have seen updates break compatibility with things they didn't anticipate. They've seen Microsoft post and pull patches and updates to these releases, making deployment a nightmare. Windows as a service has been a rocky (or substitute your expletive of choice) road for many.

Microsoft looks to be counting on companies being ready for greater predictability -- in terms of spending, updating and support -- in exchange for letting someone else do the driving.

Read also: How to get Microsoft News for iOS, Android and Windows 10 - CNET

Microsoft already has a number of the pieces in place to make this happen. This past year, Microsoft has been broadening availability of its Windows Autopilot automatic device provisioning service. It's been honing its device financing skills with programs like Surface Plus and Surface Plus for Business, as well as its "Surface as a Service" leasing program. And it currently offers Windows 10, Office 365 and its Intune device-management and security products in the form of the Microsoft 365 subscription bundle.

Microsoft has a team working to put this all together into a new service. One of my contacts said that Bill Karagounis -- former Director of the Windows Insider Program & OS Fundamentals team, who last year joined the Enterprise Mobility and Management part of Windows and Devices -- is in charge of the coming Microsoft Managed Desktop.

Currently, some Microsoft partners are selling what sounds a lot like this Microsoft Managed Desktop service, but under the "Modern Workplace as a Service (MWaaS) banner. Microsoft has been using "Modern Workplace" to refer to its Microsoft 365 subscription bundle and related software/services.

CompNow, an Australian education, government and business services vendor, sells a Modern Workplace package that includes a Windows device of choice, Office 365, Windows 10, Enterprise Mobility + Security, managed IT services and helpdesk, a flexible warranty all for one monthly payment, according to the company's website.

Australian services provider CSA also offers a similar bundle of a device, applications and support for a single per user, monthly bill.

Join Discussion for: Microsoft's got a new plan for managing Windows...