Full Bio
Posted in All About Microsoft on October 8, 2019 | Topic: Mobility 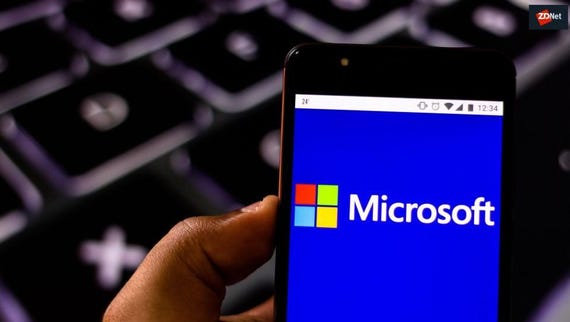 Is Microsoft working on a unified Office Mobile app for a wider range of smartphones?
Watch Now

Now that Microsoft is poised to become an Android phone maker, it's a good time to look at what's happening with Office on Android. While Microsoft has developed versions of Word, Excel, PowerPoint, OneNote, Outlook and more productivity apps for Android and made them available in the Google Play Store, sometimes these apps can be overkill in terms of features and size.

Just ask Samsung. When Microsoft announced its expanded partnership with Samsung this past summer, the pair said they'd be offering various Microsoft apps and services preloaded on the Samsung Galaxy Note 10. Only those who asked (or read the fine print) may have realized that Samsung isn't preloading the existing (and oft-downloaded) Android versions of Word, Excel, and PowerPoint on these devices. Instead, Samsung is preloading something called "Microsoft Office Mobile."

Microsoft Office Mobile is a single app that Galaxy users can download from Samsung's store or access as a preloaded app on select Samsung devices. (Right now, it is not available for other Android devices from the Google Play Store.) This Office for Android app lets users view documents and edit Word, Excel and PowerPoint files.

Here's the Office Mobile app description from the Galaxy Store:

"The trusted Microsoft Office apps that let you create, edit, view and share files are now available for download as a single convenient app. Office Mobile includes the complete Word, PowerPoint, and Excel apps to offer a convenient office experience on the go. "

Using "the Office Mobile app, work with your Word, Excel, and PowerPoint files anytime, from anywhere. The convenient Office Mobile app keeps your recent work at your fingertips. Familiar and powerful editing, formatting and management tools make it easy to work on files as you would on your desktop. Create and share professional documents and presentations with charts, animations, and SmartArt graphics, the store description adds.

To get more advanced features, users can buy Office 365 subscriptions to get the fully-featured, separate Office apps for their Android devices, the app description notes.

This unified Office Mobile app, my contacts say, is codenamed "Unity." It was designed by a Microsoft team in India, I'm hearing. It's designed to be much smaller and more nimble than the individual Word, Excel and PowerPoint apps for Android which Microsoft offers in the Google Play Store.

Microsoft alternatively could opt to turn its existing web versions of its Office apps (the things formerly known as Word Online, Excel Online, PowerPoint Online, etc.) into progressive web apps (PWAs), as Thurrott.com's Paul Thurrott suggested a couple years ago. So far, that hasn't happened. But Microsoft did announce earlier this year that it was pulling the "Online" part of the name of these web apps and referring to them simply as Office, Word, Excel, PowerPoint, etc. even though they are web apps.

I'm betting we will hear more about Microsoft's unified Office Mobile app strategy in early November at Ignite. For now, Microsoft officials are not commenting about what's next in this space.