New research shows the shifts in mobile, the internet, and social media in the Middle East and North Africa.
Written by Damian Radcliffe, Contributor on March 10, 2017

"Digital is growing faster in the Middle East than anywhere else in the world," Simon Kemp, founder of Kepios, tells ZDNet. Kemp, a marketing strategist based in Singapore, is the author of six annual studies charting the trends in mobile, the internet, and social media around the globe.

His latest batch of reports, all 21 of them, offer detailed digital analysis for every country in the world.

Year of upheaval: These are the trends shaping Middle East tech

Aside from headline-grabbing Hyperloop plans and government crackdowns on communications tech, what are the shifts that will really change the region?

"We know that data is a really important start-point for making better decisions," Kemp says. "So we decided to make the reports available for free to help as many businesses as possible embrace digital."

Adopting an approach to digital is especially important in 2017, a time when more than half the world's population is now online.

Here are seven key findings on the Middle East and North Africa region.

"Internet users grew by 15 percent across the region," Kemp observes. "But social media use was up almost 50 percent, a staggering figure given that many countries in the region already have a strong base."

In Algeria, one of the region's most populous countries, that growth translated into six million new social-media users in the past 12 months alone.

Those using social on mobile devices grew 70 percent, up seven million since January 2016.

But, despite this uptake, only 18 million of the country's 40.72 million people are online, so there is still considerable scope for growth.

That potential is true of much of North Africa, where large groups remain digitally disenfranchised due to cost, connectivity, and lack of digital literacy.

Nations like Yemen, Sudan, and Syria certainly fall into this camp.

In Yemen, just under seven million people, or only 25 percent of the country, are online, with only 2.2 million active on social media. Despite a civil war in the country, internet users still increased in numbers by 14 percent, up from 854,000 last year, although mobile connections dropped slightly, down by 0.5 percent.

Meanwhile, in Sudan, internet usage is up 11 percent. Just over 11 million people, in a nation of 41 million, are now connected to the web, although only eight percent, some 3.2 million, are on social media.

In Syria, internet penetration is 30 percent, or 5.62 million users, with the reach of social media almost the same at 27 percent.

3. Social networks near saturation in the Gulf

Digitally developed countries like the UAE and Qatar tell a different story. There, social media is rapidly approaching 100 percent take-up. Kemp notes there's been "a surge in social-media use" in these countries in the past year.

As a result, "UAE and Qatar lead the global rankings for social media penetration," Kemp says.

In UAE, 89 percent of internet users go online every day, spending three hours and 54 minutes on the web via their phone, and nearly seven hours and 55 minutes using a PC or tablet. This dwarfs traditional TV consumption, which chalks up a mere one hour and 34 minutes of screen time.

The Middle East accounts for three percent of the world's population and four percent of those online. "On the whole, countries in the region are ahead of the global average in terms of number of users," Kemp says.

Territories witnessing notable growth in internet users in the past year include Libya, up 33 percent, and Palestine, up 18 percent. In contrast, Turkey saw just four percent growth in its internet population.

5. Mobile penetration remains high in much of Gulf

"Many users in the Middle East maintain more than one active mobile subscription, although that's not something that's unique to the region," Kemp says.

In Kuwait, mobile penetration, reckoned as a percentage of the total population, is 192 percent. That figure amounts to 7.78 million mobile connections, in a nation of four million people. With 86 percent of mobile connections on 3G and 4G networks, it's not surprising that 74 percent of web traffic comes from mobile devices. Desktop usage has plummeted from 47 percent of total traffic in 2015 to 26 percent.

6. Messaging services are growing in popularity

Kemp believes the trend for multi-SIM ownership may dissipate in the Gulf and elsewhere "as people upgrade to smartphones and consolidate their mobile service providers".

A key driver for this behavior change is the popularity of over-the-top services like VoIP and mobile messaging apps. "This means they no longer need to maintain multiple mobile contracts in order to take advantage of intra-network deals," Kemp explains.

"My guess is that we'll see this kind of consolidation in the region over the coming months, which means it's a critical time for telcos to up their value propositions and put data-driven services at the core of their offerings."

In Saudi Arabia, leading internet brands all have sizeable constituencies. WhatsApp is used by 49 percent of the population, Facebook Messenger by 38 percent, Line by 27 percent, and Skype by 23 percent.

But using these services is not always easy. Last year Morocco blocked Skype, Viber, Tango, WhatsApp, and Facebook Messenger. In July, UAE issued a law banning the use of VPNs, and in September, Saudi Arabia added VoIP calls from Line to its list of blocked services.

Kemp says the latest data from Facebook is often a good proxy of general internet usage, and in the case of the Middle East, these figures suggest that online usage remains heavily skewed towards male users.

"In many countries, male users appear to outnumber females by a factor of three to one, and most of the countries with the most significant gender imbalance [globally] are in the Middle East."

In Egypt, home to 35 million monthly Facebook users, the number of Facebook profiles declared as female is 36 percent. In Qatar, it's just 21 percent, whereas in Oman it's 42 percent. These variances may reflect demographics, but the lack of verification process means users can easily create separate online identities.

In a conservative region, this practice can allow people to circumvent some of the social constructs that are harder to bypass or navigate in the real world.

"My suspicion is that there's far more to this story than the numbers alone reveal, though. However, that's the subject of a separate report, which we're still investigating," Kemp says.

A region of contrasts

"Many of the more developed economies in the region are among the world's top digital users, but some of the countries in Northern Africa tend towards the lower end of the global rankings," Kemp notes.

Reflecting on the year ahead, he predicts rapid growth again in 2017.

"My guess is that the region is ripe for some more locally oriented innovation," he adds. "There's a significant opportunity around e-commerce in the region, especially when it comes to mobile shopping. There's plenty of potential for new services that have been specifically crafted for local needs and context."

The latest Global Digital reports consist of: Western Asia, which includes most countries in the Middle East; Southern Asiafor Iran and Northern Africa. Data for other countries is also available. 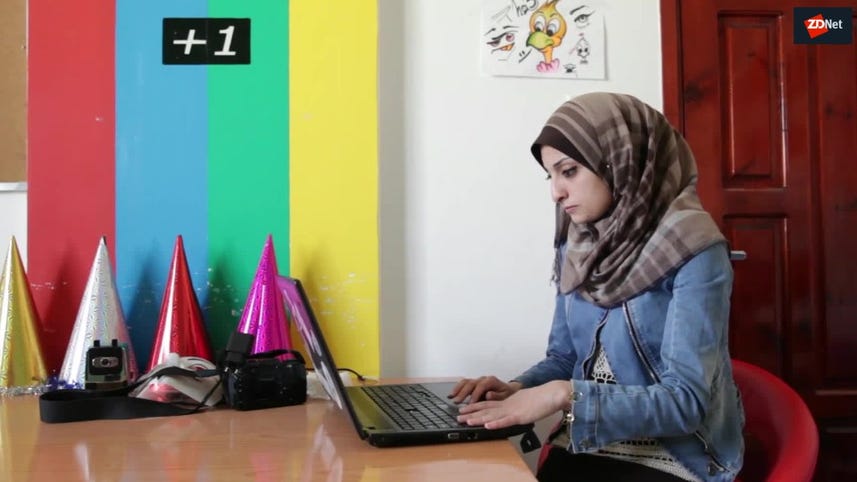 Read more about technology in the Middle East