Mobile operators across Africa are becoming increasingly concerned about the popularity of overseas-hosted over-the-top (OTT) services eating into their potential to monetise traffic as the number of smartphones and data packages grows.

The issue has been gradually coming to the fore over recent months, and was debated between a panel of pan-African operators including Airtel, Orange, MTN, and Millicom as well as Facebook's vice president for Internet.org, Chris Daniels, at the AfricaCom conference in Cape Town on Tuesday.

The debate around OTT services kicked off in earnest when South African operators Vodacom and MTN both spoke out recently about their fear that they are being cut out of the value chain for data services like WhatsApp and Facebook in a way that could undermine investment in growing network reach. Facebook's Daniels denied rumours from the Mobile World Congress trade show earlier in the year that the company's position was to force operators into being "just pipes".

"Operators must be able to make money with more people coming online or they won't be able to invest in infrastucture to provide connectivity," Daniels said. 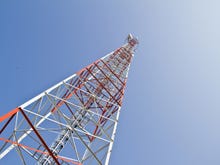 Playing African monopoly: Is there an end in sight to mobile upheaval in the region?

Africa's mobile industry was once seen as the route to riches for operators. Now, consolidation looks to be the only way for carriers to survive in a highly competitive market.

"We need to do something to help operators to continue to earn and grow. [If] operators can't create the next big OTT, we can't create a global connectivity network."

Internet.org on Tuesday launched its free suite of apps in Kenya, via a partnership with Airtel. The suite includes zero-rated access to BBC News, Facebook, Wikipedia, and health advice for ebola prevention and maternal care. Internet.org is already available in Tanzania and Zambia.

Hosting the panel, telecoms analyst Arthur Goldstuck of World Wide Worx said the debate between operators and OTTs has become far more nuanced over the last year. In South Africa, as MTN and Vodacom have voiced their concern about OTTs, the country's third largest operator Cell C has offered its customers zero-rated WhatsApp traffic in a bid to win audience.

CEO of MTN South Africa Ahmad Farroukh says that as voice revenues fall, network operators cannot surrender the ability to monetise data services or they will be unable to afford the investment needed to extend networks to rural areas.

"We're not talking about blocking social networks," Farroukh said. "We want cooperation which is in benefit to our organisations and our stakeholders... Connectivity is empowerment in a continent like Africa... It can be a win-win. It doesn't have to be the evil operators who want to make money against the good guys," who give everything away for free.

The debate is not helped, Farroukh suggested, by the fact that big US tech companies who do profit from mobile ads on their services pay little or no tax in African countries and aren't burdened with the country's high costs of regulation. In many countries on the continent, import duties on consumer electronics like handsets is as high as 40 percent, with VAT added on top. That makes propositions like a $50 smartphone - which MTN has in the form of its Steppa - impossible to produce and make a profit.

"To lay a kilometre of fibre in much of rural Africa, it costs more in licensing fees than the fibre and equipment, because costing models for government are outdated," Farroukh said.

Executive vice president of Orange in Africa, Marc Rennard, says that ultimately the operators and OTT services must work together.

"We all have the same idea, which is to improve connectivity around the world and in Africa. Even if connectivity is improving, the absolute number of poor people is increasing. We need to improve affordability, lower the cost of handsets, and fight against taxation," he said.