From term two next year, students from primary school to year 12 will need to switch off their phones until the end of the school day.
Written by Aimee Chanthadavong on Nov. 27, 2019 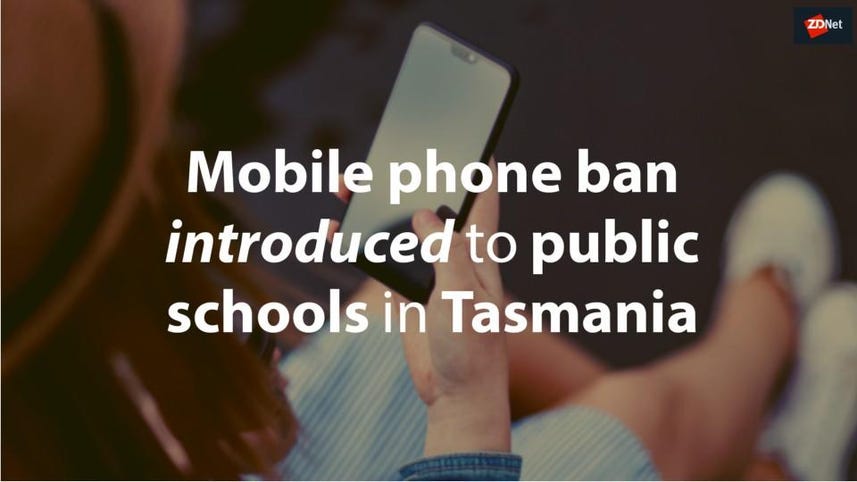 The Tasmanian government has announced it will ban mobile phones during school hours at all public schools in the state, claiming the move will create a better learning environment for students.

From term two next year, students from primary school to year 12 will be required to have their phones switched off and put away from the time they arrive to school until the end of the school day.

A review will be undertaken after 12 months of the ban being implemented, the state government said.

"While electronic devices have a place in learning, we also need to acknowledge the issues that can occur when their use is not regulated such as cyberbullying and serious distraction," said Minister for Education and Training Jeremy Rockliff.

"The decision follows significant consultation with educators, students and their families, and brings Tasmania in line with other states which have moved to impose restrictions on mobile phones.

"Importantly, a number of schools have already implemented a ban with principals reporting an increase in student wellbeing and more face to face interaction between students. I want this for all Tasmanian schools."

Rockliff added that exemptions will be made for "special circumstances", such as where a student needs to monitor a health condition or is under direct instruction of a teacher to use it for educational purposes.

The state government has also proposed that students in year 11 and 12 are given an "opt-out" option, which is subject to approval from each school association.

Federal Minister for Education Dan Tehan has welcomed the move by the Tasmanian government.

"When you talk to students, teachers and parents at schools where mobile phones are banned they will tell you that student performance improves and children are playing at lunchtime again," he said.

The ban by the Tasmanian government follows similar actions that have been taken by the Victorian and Western Australian governments.

Each school will be able to apply for funding that can be used towards secure storage resources, such as purchasing or upgrading lockers or new padlocks for existing lockers, lockable pouches for schools that do not have lockers or sufficient space, or secure storage cupboards.

Data released last week by the Australian Communications and Media Authority (ACMA) showed that in 2018, 32% of Australian children owned a mobile phone, with a further 16% having access to one.

The analysis of Roy Morgan data also showed that one in four kids who are 6-7 years old had or used a mobile phone.

The research also compared the usage of mobile phones by children on a state by state basis. It showed those in NSW and the ACT had the highest access, with 52% of kids in those states owning or having access to a mobile, up from 44% in 2013. While the lowest was in Queensland with 43% of kids aged 6-13 years had access to a mobile phone.

ACMA said the most common reasons for kids to use mobile phones were to play games at 70%, take photos at 67%, use apps at 64%, and call their family at 57%.

YouTube to disable comments on videos featuring all minors

Upping efforts to protect young people on its platform.

The grants will be made available for non-profits to deliver online safety education initiatives.

Twitter updates reporting guidelines to include people with disabilities

The social media platform has updated its guidelines to include content directed against people with disabilities as a violation of its policy.

The ARC Centre of Excellence for the Digital Child will examine the digital lives of Australian children from birth to eight years old.

Mobility
How to fix search glitches in Windows