Minister for Education Dan Tehan said it would be 'wonderful' if other states and territories followed Victoria's announcement to ban mobile phone use during school hours.
Written by Asha Barbaschow, Contributor on June 25, 2019 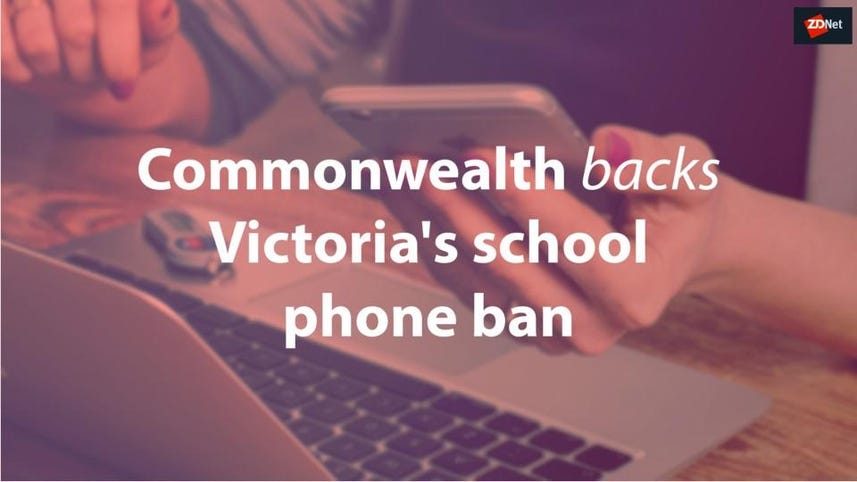 From Term 1 2020, students in Victorian state primary and secondary schools will be banned from using their mobile phones, with the devices to be switched off and stored in lockers from the start of the school day through to the final bell.

The Victorian government has labelled the move as one helping to reduce distraction in the classroom, tackle cyber bullying, and improve learning outcomes for students.

The government believes rolling out a state-wide policy will provide consistency and certainty for parents, students, and school communities.

The state-wide ban follows a trial of its implementation at McKinnon Secondary College, with a statement from Victorian Minister for Education James Merlino saying the school has seen the benefits come through already in student learning and social behaviour.

Teachers at the school have reported that students are more focused during class and communicating more in the school yard, the statement said.

The only exceptions to the ban will be where students use phones to monitor health conditions, or where teachers instruct students to bring their phone for a particular classroom activity. At all other times phones must be in lockers.

When emergencies occur, parents or guardians can reach their child by calling the school.

The move was backed by federal Minister for Education Dan Tehan, who said it would be "wonderful" if other states and territories followed Victoria's lead.

"I think what we can't get around is the impact that phones are having when they are used in the classroom. They are a distraction, they also -- it's very difficult for teachers to teach when they're also trying to discipline against the constant use of mobile phones and particularly when we look at the impact phones are having when it comes to cyber bullying," Tehan said during a press conference on Wednesday.

"For all these reasons I think by far the most common sense approach is to say mobile phones cannot be during class times at schools."

Both Tehan and Merlino believe it's the best way to counter cyber bullying, but did not mention if they were going to be tackling physical bullying at schools simultaneously.

"This will remove a major distraction from our classrooms, so that teachers can teach, and students can learn in a more focused, positive, and supported environment," Merlino said. "Half of all young people have experienced cyber bullying. By banning mobiles we can stop it at the school gate."

Tehan said there is evidence that banning mobile phones will prevent cyber bullying, but said more research was needed, pointing to the government's national anti-bullying day as a "start".

"If we can stop mobile phone use at schools, during school time, that will have an impact on cyber bullying," he continued.

In Term 3 2019, the Department of Education and Training will work with principals to develop advice and resources as schools prepare to introduce the policy next year.

La Trobe University is trialling a class companion robot at a Victorian school to help teachers with special needs students.

The state hopes its school tech overhaul will save educators' time and improve transparency for parents and caregivers.

The state Budget is also prioritising ambulance radio upgrades, acute healthcare through initiatives such as a digital patient records system, and a handful of tech-related projects in schools.