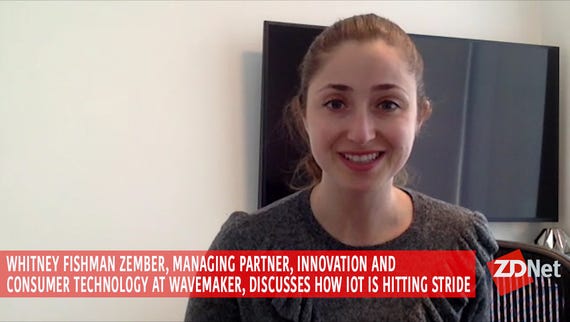 Video: How IoT is hitting its stride

Firefox-maker Mozilla has released a new version of Things Gateway, its software that turns a Raspberry Pi into a device for controlling connected devices from the web.

Mozilla released a prototype of Things Gateway last year as part of the Project Things launch, its implementation of the proposed Web of Things standard that incorporates internet technologies to manage different vendors' IoT offerings which don't always work together.

The Web of Things would give connected things their own Things URLs so they can be discovered and linked to: Mozilla sees it bringing together various IoT application and network protocols used by Google, Microsoft, Amazon, Apple, and Samsung.

The release of the Things Gateway for Raspberry Pi brings with it a number of new features, such as using voice commands from a computer's mic, an IFTTT-like rules engine, and a floor-plan map of devices in the home.

The update adds support for different devices, including smart plugs, dimmable and colored lights, and multi-level switches and sensors. There's also an add-on system for adding support for new protocols and devices, as well as an OAuth-based system for authorizing third-party apps.

The prototype release was focussed on setting up the Things Gateway on a network and connecting ZigBee and Z-Wave smart plugs.

"The setup is fairly straightforward and not geared only towards hackers and developers," Ben Francis, a staff application engineer at Mozilla told ZDNet in an emailed response.

Raspberry Pi owners simply download the Things Gateway software from Mozilla and copy the image onto an SD card and plug it into the Raspberry Pi. After connecting it to a local Wi-Fi network, it will provide prompts to complete the setup. It can be used to connect to and control a range of smart home Wi-Fi devices. Users will need to connect Zigbee and Z-Wave USB adaptors to the Raspberry Pi in order to control connected devices that use these wireless communication protocols. These adaptors aren't cheap but some can be found for as little as $40.

Francis said even those that are looking at development won't need to have a deep knowledge of low-level programming and protocol stacks.

"A basic knowledge of developing for the web is all it takes to get started. On the other hand, if you want to do some serious hacking and add different technologies under the hood, you can definitely do that as well," he said.

Akamai: IoT the new 'shadow IT' of the enterprise

Internet-connected devices pose a similar threat to the enterprise as shadow IT, with Akamai noting many devices are used on the company network without security in place.

A series of IoT sensors and artificial intelligence tools will use weather, water and communications data to better manage ships' wait time, cargo and best time to come to the port.

Survey: 1 in 3 consumers have issues setting up or operating a connected device

iQor says making smart home more frictionless and less frustrating should be an area of concern for the industry.

As the internet of things expands into the enterprise, companies will need more workers with expertise in technology, data, and security.