The add-on is designed to help Mozilla decide which features to ship and how they should work in future Firefox releases, based on user feedback and suggestions that go to the teams responsible for each feature. 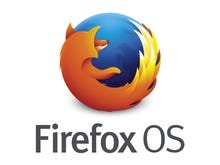 Test Pilot is currently showcasing Activity Stream, Tab Center, and Universal search. The program is available for Firefox on Linux, Mac, and Windows. To join it, you'll need to sign up for a Firefox account.

After the testing phase is completed, Mozilla developers decide whether or not to include the product in Firefox, abandon, or make it a Mozilla add-on. Since the features may include bugs that disrupt the browsing experience of an otherwise stable version, Test Pilot users can enable or disable features at any time.

Future prototypes that may be piloted in Test Pilot include Wayback Machine, PageShot, and Tracking Protection.

Activity Stream in the current Test Pilot is meant to make it easier to access recent browsing history, partly curated by Mozilla. When a new tab is opened, the search bar and favorite sites thumbnails remain. However, Activity Stream introduces a new Spotlight panel of images and content that Mozilla thinks the user is most interested in, for example, pages that have been recently favorited.

Below Spotlight is a Top Activity section presented as a visual timeline of bookmarks and browsing history from the past 72 hours. A video demo of the feature is here.

Tab Center is a Firefox add-on that arranges tabs vertically along the side of the screen rather than the conventional location of tabs placed horizontally across the top of the browser.

Universal Search is designed as a time-saving feature that provides site recommendations in a dropdown menu from the Awesome (URL) bar. As Mozilla notes in a blogpost, it's meant to help users "spend less time sifting through search results and more time enjoying the web".

Mozilla notes that Test Pilot is currently only available in English but it does plan to add more languages later this year.

Read more about Mozilla and Firefox