Robots are changing the workflow of warehouses, and at the same time, providing a glimpse of the future workplace, as online retailer Zulily is finding out. The company, which sells clothing, home decor, toys, and gifts from up-and-coming as well as established brands, is using a vision-guided, autonomous robot from Seegrid in its warehouse -- and the results have been positive.

The driverless vehicle, which the staff has nicknamed Mr. Roboto, uses advanced 360-degree vision to navigate complex facilities and effectively work side-by-side with human employees. Seegrid helped train manufacturing workers to train and operate the robot, do maintenance on the machine, and use web-based programs to manage and monitor the robot. In these new roles, the manufacturing employees become well-versed in robotics, automation, and vision technology.

"Previously, human workers were required to transport materials from point A to point B, which can be intensive in terms of time, labor and cost," said Dwarakesh Jayaram, industrial engineer at Zulily. "We wanted to look at ways to move the products faster and more efficiently without having to dedicate human labor to those repetitive processes. Ultimately, we decided to go with an automated guided vehicle."

To ensure the new process could be up and running quickly, the company didn't want to change its warehouse floor arrangement or significantly alter the facility's infrastructure, Jayaram said.

However, the company wanted to ensure the flexibility to change the vehicle's routes, so it decided to install Seegrid's vision-guided vehicle (VGV) technology.

Because it uses cameras and 3D vision to move autonomously -- rather than tape or wires embedded in the floor -- the VGV technology provides the flexibility to easily change the vehicle's routes.

"We simply needed to drive the VGV once along the desired path and it learned its route after a single pass," Jayaram said. "We are constantly changing, whether it's where materials are stowed or when we add new equipment. Seegrid has provided us with a flexible solution that can be implemented quickly while optimizing human labor."

The robot in Zulily's fulfillment center carries items from the receiving dock to the main point of inventory, a 500-foot journey that was previously travelled by a human worker. Depending on the demand, the VGV will move 10 to 15 carts from the receiving dock to the to main point. In comparison, a human worker can only transport three carts at a time, in accordance with Zulily's safety regulations.

"Some of our operators were initially skeptical as to how the robot was going to keep up with them," Jayaram said. "However, once they saw it was going to be doing the heavy lifting and supporting their productivity, it became much more popular. Overseeing the VGV's operation and process has allowed our employees to feel more of a sense of ownership of the VGV. Mr. Roboto has essentially become a part of our workforce."

Mr. Roboto has "allowed us to make the process faster and safer by having the automated vehicle take this labor-intensive process off the hands of the human workers, allowing them to take on more fulfilling roles within the company," Jayaram said. Employees were trained by Seegrid engineers to use the fleet management software, which provides visibility into the efficiency of the robot vehicles.

It only took eight months for the retailer to see a return on investment, Jayaram said. "The VGV reduces downtime and runs extra trips while the operator takes a break and can run extra paths during night shifts, which directly impacts our bottom line," he said.

Using the vision-guided robotic technology "has opened the door for new operational improvements for Zulily and new opportunities for our employees," Jayaram said. "There are endless possibilities for a robotics-integrated workforce."

The Ohmni home robot could transform how families communicate 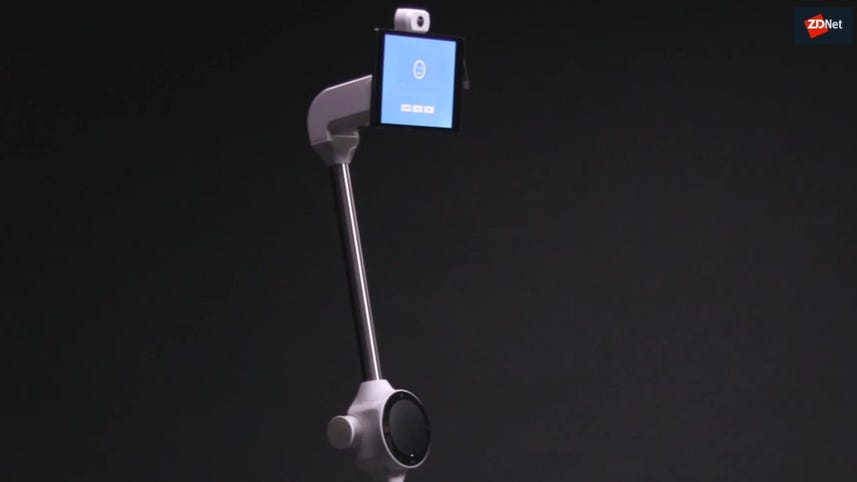