SOS, IT pros: US is being attacked with its own technology

The US is being systematically attacked by Russia with our own digital technology, leaving IT professionals on the front line of this war. Here's what we need to do.
Written by David Gewirtz, Senior Contributing Editor on March 29, 2019 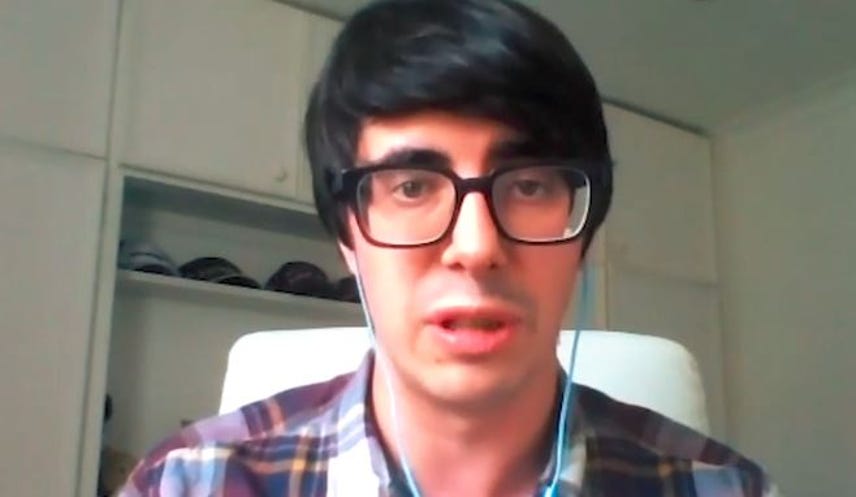 Democracy is a fragile institution. It's software. It's code. And it can be hacked.

When we Americans begin a new election season, it's chaotic. It's often ugly. We're often faced with choosing among the lesser of evils, and we often wind up with leaders who are both lesser and, quite possibly, evil.

It's never a great choice. The people who can raise enough money or flaunt enough money to achieve the level of attention and celebrity an American election requires are rarely the people we truly need to be our leaders.

In the past decade, the process has gotten even messier. Rather than all of us taking our cues from a small number of gatekeepers, the Internet and social media has allowed a multitude of discordant voices to reach larger audiences. Because we can choose the voices we wish to listen to, many Americans choose only to listen to the voices they prefer, creating distinct, isolated echo chambers filled with bile and distrust.

The echo chambers, the bile, the distrust, the harsh words; these days they are often described as the worst it's ever been. But that's not true.

Loony, vicious, hateful, deceitful, wacky, vitriolic politics is, and always has been an American birthright. We are not a homogeneous people. We are a republic made up of separate states, named such because they were intended to be governed as small nations with their own values, laws, and cultures. We are filled with a wide range of religions, beliefs, cultures, value systems, foods, and moral and ethical codes, as well as superstitions, enmities, grudges, and upbringings.

And yet, somehow, we make most of it work. We drive on the right side of the road so we don't crash into oncoming traffic. We build schools, hospitals, and, at least on the East Coast, a donut shop or pizzeria on every corner.

This is who we are.

Every two years, we vote. Every four years, we vote for a new president. It is our vote. Our choice. Sure, how we vote is often influenced by enormous behind the scenes money, lobbyists, advertising, and nearly every special interest in the nation. But those are our influencers. Or at least they should be.

Russia, says Barr's letter to Congress, attempted to "conduct disinformation and social media operations in the United States designed to sow social discord, eventually with the aim of interfering with the election."

Barr's letter to Congress goes on to say that the interference was with the Clinton campaign, but don't let the Clinton name distract you. The Russian government could just as easily have chosen to target the GOP instead of the Democrats.

Either way, the Russians attacked American sovereignty at the heart of our democracy: our choice of leadership. The Russians also did their best to -- what did Mueller call it? -- "sow social discord."

The most troubling message of the Mueller report -- validated by the work of "19 lawyers who were assisted by a team of approximately 40 FBI agents, intelligence analysts, forensic accounts...2,800 subpoenas, 500 search warrants, more than 230 orders for communications records, and nearly 500 witnesses" -- is that we were attacked, and attacked through our own technology.

What the Mueller report doesn't tell you, what most press coverage doesn't tell you because it's caught up in whether or not our president colluded in this attack (Mueller says he didn't), is that this is just the beginning.

We are not prepared to protect against attacks of this nature. As is abundantly clear by the constant, unyielding drumbeat of breach reporting, we are incapable of protecting our systems. Plus, as more and more discord is sown amongst the populace, we are proving unable to work together to solve our problems.

Because if our citizenry can be riled up to the point of uselessness and rampant disagreement, so too can any other citizenry.

The horse is out of the barn. The genie is out of the bottle. Propaganda has always worked to some degree, but the volume, velocity, and variety of propaganda's dissemination has never been what we're seeing today with broadband Internet, mobile communications, and billions of disintermediated people on the social networks.

Russia may have meddled in America in 2016 (and probably 2018). Russia will probably meddle again in 2020. There is nothing that will stop other nations and other groups from meddling, interfering, and sowing discord in every other nation on the planet.

So, what do we do? We can't shut down the voices. As much as I'd personally like to see Facebook get sucked into a dwarf star, that's not going to happen.

There is one thing we can do. This is where you, specifically you, the readers of ZDNet -- the best IT professionals and leaders all across the world -- come in. You can harden our systems.

While you might not be able to stop Uncle Ralph from smack talking Cousin Fred using a GIF originally created by a Russian disinformation campaign, you can stop the breaches. You can harden our authentication systems. You can force new factors of authentication. You can lock down our voting systems (rather than leaving them open to bugs and breaches as they are now).

You can toughen up our systems. You can keep out the intruders. You can protect our national sovereignty, which in the 21st Century requires digital walls, perhaps even more than physical ones.

Securing our systems is your job. You need to be the heroes we know you can be. You are on the front lines of this fight. Demand what you need in terms of resources from your management to strengthen your systems. Learn everything you can.

Find the weaknesses and shut them down. The next battle for sovereignty will be fought, not on some foreign battlefield, but in our data centers, on our mobile devices, and in our networks. You are our last best hope.

You stand between truth, justice, and freedom, and manipulation, penetration, and exploitation.

There is one more thing we can do, and here, I include in "we" all Americans, not just ZDNet's army of IT professionals. This is a way every American can fight back against the propaganda and digital invasion of a malignant foreign power.

When we each start building up a big head of steam, getting ready for that next huge rage-filled argument with someone who just doesn't get it, we can remember that the Russians started this fight. When we hate our fellow American, we're just dancing along to their tune. Take a deep breath. Try to find some ground for agreement.

Remember, every time you respectfully communicate with another American, every time you practice civility with someone on the opposite side of the political spectrum, every time you avoid a fight in favor of finding common ground, you are striking a blow against foreign attackers.

It hurts them when we get along. So let's get-along them right to hell. Republican or Democrat, Liberal or Conservative, Right or Left, we are all Americans. We might often have to agree to disagree. But nobody here is going to agree to be Putin's puppet.

Our fellow Americans are not the enemy, as wrong-headed or pig-headed as they may seem. We have an actual enemy, and as the Attorney General reported to Congress, they have been systematically attacking our way of life.

It's time for us to fight back. We can fight back by securing our technology and we can fight back by not letting them sucker us into hurting each other. We are the United States for a reason. It's time to unite against these systematic attacks, stand up for each other, and recognize who the real enemy is: the Russian government.