My BlackBerry is an Obese Glutton

There are those that say that pets resemble their owners. In my case, it couldn't be further from the truth -- I'm the proud owner of two miniature poodles.
Written by Jason Perlow, Senior Contributing Writer on Jan. 22, 2009 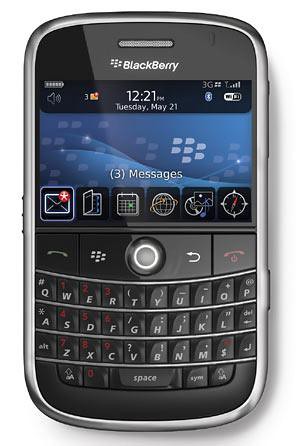 There are those that say that pets resemble their owners. In my case, it couldn't be further from the truth -- I'm the proud owner of two miniature poodles. While poodles are intelligent, neurotic, starved for attention, compassionate and kind dogs -- traits which I can easily identify in myself, they don't look anything like me. However, I do physically resemble one of my most loyal electronic pets -- my BlackBerry .

For some months now, I've been the proud owner of a BlackBerry Bold 9000, one of the two 3G BlackBerry phones that RIM released in late 2008. While I love the styling and the usability of the device, I absolutely hate its battery life. Like a binge eater well on their way to morbid obesity, or a porn-crazed sex addict requiring constant stimulation, the Bold 9000 has an absolute quenchless thirst for battery charge -- no doubt due to the increased requirements of constant 3G data transmission, my heavy use of email, web browsing and instant messaging on the device, not to mention a healthy amount of voice calls and bluetoothing.

So what did I do? I threw more money at it. I bought a $60.00 SEIDIO 3500mAh battery pack from CrackBerry.com which solved the problem real good. Now I can run my Bold for 2 to 3 days on a single charge. The downside? It now looks like the smartphone equivalent to Refrigerator Perry . The stylish leatherette backing of the Bold has now been replaced with a new black plastic cover, with a huge rectangular distended bulge protruding from it that adds at least 30 percent to the device's bulk.

Now, don't get me wrong, I think SEIDIO's battery and accessory products for the BlackBerry are excellent, and I highly recommend them -- they are filling a seriously required niche. But I have to think there are issues which need to be addressed here by RIM and all 3G smartphone vendors in general who are completely missing the battery consumption cluetrain -- and yes, that includes Apple and their Jesus Phone , whose customers don't have the liberty of replacing their battery when the juice stops flowing.

It would seem to me that smartphone vendors need to look at what is being done in the green datacenter and other power conservation technologies used in larger systems -- such as desktop PCs, laptops and servers in order to provide improved battery endurance with mobile devices. For example, why does the 3G BlackBerry and the iPhone 3G need to default to 3G mode at all times? When the device is holstered, shouldn't it fall back to a less power consumptive data and voice mode, such as EDGE , GPRS or even GSM ? Or when making voice calls, is 3G really the most power efficient mode when GSM will suffice, if GSM coverage is sufficient?

It would seem that the software on the smartphones need to become more adaptive to the work habits of the actual user. For example, maybe it makes sense for the devices to stay in EDGE, GPRS or GSM mode at all times, check for mail periodically, and if it sees that a large quantity of data needs to be downloaded, activate the 3G mode in bursts. But for short transmissions of data, it should default back to the slower and less power consumptive modes. Essentially what is needed some sort of "power hypervisor" that doles out access to the 3G transceiver according to assigned user priorities, which could be fine-tuned on a granular basis depending on the application which need data mode. Maybe it isn't really necessary for your IM client to connect using 3G, or maybe you don't get huge volumes of email during a weekend or after-hours. These types of rules-based configurations on smartphones could save an awful lot of power.

Is your 3G smartphone also a huge power glutton? Talk Back and Let Me Know.