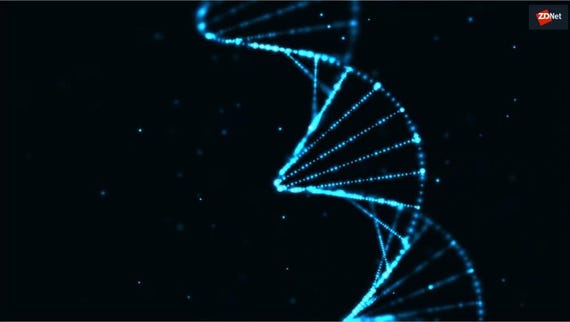 NAB Show used to be focussed on broadcasting - National Association of Broadcasters - but now is much broader, covering all manner of audio and video content creation and distribution. Video production is necessarily storage intensive, so NAB was one of the must-see storage shows.

That's less so these days, but there's still a signifcant storage presence wrapped up in the big cloud vendor booths. Here are the highlights.

The cloud vendors were out in force. I ran into Ron Bianchini, whose company, Avere Systems, was bought by Microsoft a year ago. Their caching appliance will be the basis for ubiquitous caching across Azure, as well as Microsoft-branded enterprise hardware. I'm thinking that will be a first for Microsoft.

This being media and entertainment, much of the cloud buzz centered on using the cloud to empower geographically distributed teams. The best example was Qumulo who says their file system enables an iPad Pro to paint pixel level video, using cloud computes, as if it were a $14,000 workstation, with almost no lag. The big win: the software is using a dollar's worth of cloud computes over a week of 8 hours a day of demos.

The real cloud news wasn't who was there, but who wasn't. M&E stalwart Panasas wasn't there, due to, I suspect, the fact that the cloud vendors are sucking up much of the new storage business. HPE had a small booth, focused on software, not storage. Dell/EMC's booth was smaller than in past years as well.


Thunderbolt 3 is ready for its closeup

Most MacBooks and many mid to high end Wintel notebooks have Thunderbolt 3/USB-C ports. Notebooks are popular on-set tools, and Thunderbolt 3 (40Gb/s) has the bandwidth to handle 4k video, but few notebooks have terabytes of internal storage. Thus the popularity of tiny Thunderbolt 3 external SSDs and solid-state arrays.

Sonnet was showing a 2TB external SSD whose claim to fame is that its thermal management enables it to operate continuously at full write speeds (flash writes are power - and heat - intensive). The drive case is one large heatsink, making it perfect for high speed copying.

Glyph, a media and entertainment focused vendor noted for long warranties and excellent support, was also showing new Thunderbolt products, with more on the way. Their mil-spec Atom Pro, an NVMe SSD, offers up to 2TB capacity in pocket size form factor.

Since M&E production is often globally distributed, with, for example, production tax credits offered by many countries, the geographic independence that cloud vendors offer has clearly won over the big studios. But even locally produced shows, such as Saturday Night Live, are moving archives to the cloud. It's just easier than maintaining one's own infrastructure.

The remaining action is in tools for holistically managing distributed resources, and integrating cloud services into local worflows. Just as users are having trouble remembering what streaming services they use, it is easy to lose track of assets based in the cloud.

Commodity-based, scale-out storage - whether on prem or in the cloud - has conquered the M&E market by being the cheapest way to store terabytes and petabytes of content. The competitive fight has moved on to other areas, ones tangential to the main concerns of content creators. NAB's days as a leading storage show are behind it, for a few years at least.

Join Discussion for: NAB '19: the twilight of local storage