The businesses have voluntarily put their hands up to test the principles in real world scenarios.
Written by Aimee Chanthadavong on Nov. 6, 2019 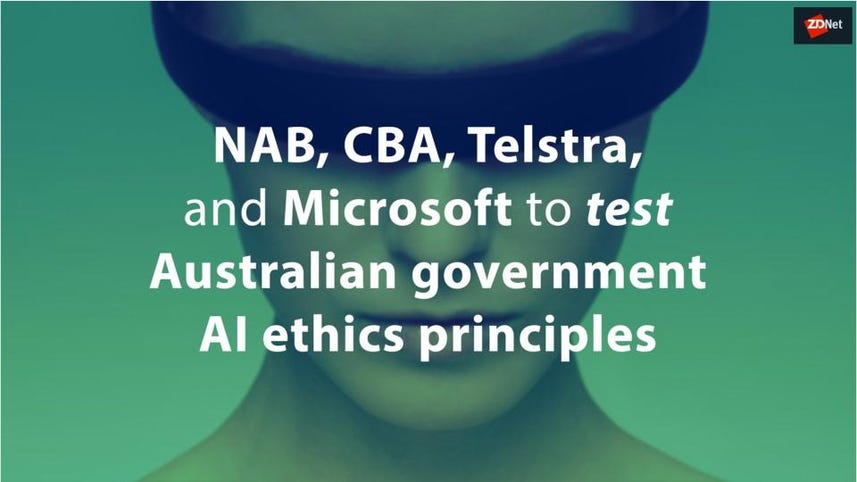 The federal government said the businesses will voluntarily trial a series of eight AI principles that have been developed as part of the national AI ethics framework to ensure the principles can be translated into real world scenarios.

"We need to make sure we're working with the business community as AI becomes more prevalent and these principles encourage organisations to strive for the best outcomes for Australia and to practice the highest standards of ethical business," Andrews said in a statement on Thursday.

"This is essential, as we build Australians' trust that AI systems are safe, secure, reliable and will have a positive effect on their lives."

The eight ethics principles that have been developed for the framework include: Human, social and environment wellbeing; human-centre values in respect to human rights, diversity, and the autonomy of individuals; fairness; privacy protection and security of data; reliability and safety in accordance to the intended purpose of the AI systems; transparency and explainability; contestability; and accountability.

The ethics principles were developed following the release of a discussion paper earlier this year by Data61, the digital innovation arm of the Commonwealth Scientific and Industrial Research Organisation (CSIRO).

The discussion paper highlighted a need for development of AI in Australia to be wrapped with a sufficient framework to ensure nothing is set onto citizens without appropriate ethical consideration.

At the time of the release, then Minister for Human Services and Digital Transformation Michael Keenan said the government would use the paper's findings and the feedback received during the consultation period to develop a national AI ethics framework.

The federal government allocated AU$29.9 million over four years into AI and machine learning, which it said at the time would support business innovation across digital health, digital agriculture, cybersecurity, energy, and mining.