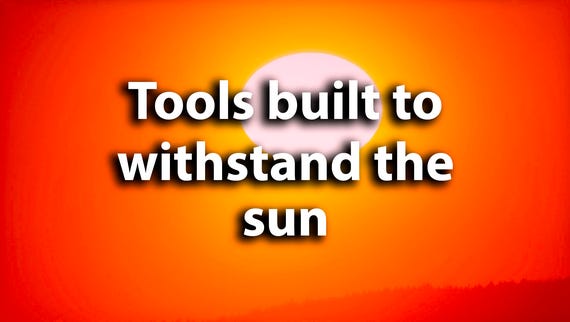 How do you build instruments to explore the sun?
Watch Now

NASA has unveiled a new algorithm called Sentry-II that will help it better evaluate the probabilities of thousands of near-Earth astroids actually falling to Earth.

Sentry-II is a next-generation impact-monitoring system that could support efforts like the DART, or Double Asteroid Redirect Test (DART), mission that headed to space on a SpaceX Falcon 9 in November.

The spacecraft will reach the Didymos asteroid system between September 26 and October 1, 2022. It will be intentionally slamming into the moonlet Dimorphos at roughly four miles per second (four kilometers per second) according to NASA.

"But sometimes, those paths can come very close to Earth's future position and, because of small uncertainties in the asteroids' positions, a future Earth impact cannot be completely ruled out," NASA says.

Sentry-II, described in a new paper published by The American Astronomical Society, succeeds the first Sentry NEA monitoring system, which was developed by NASA's Jet Propulsion Laboratory in 2002.

Sentry-II allows NASA to to confidently assess all potential impacts with odds as low as a few chances in 10 million.

Sentry-II can also account for special cases. Whereas Sentry could account for gravitation pull from the Sun and nearby planets, it couldn't account for non-gravitational forces, such as thermal forces caused by the Sun's heat.

"As an asteroid spins, sunlight heats the object's dayside. The heated surface will then rotate to the asteroid's shaded nightside and cool down," NASA's JPL explains.

"Infrared energy is released as it cools, generating a tiny yet continual thrust on the asteroid. This phenomenon is known as the Yarkovsky effect, which has little influence on the asteroid's motion over short periods but can significantly change its path over decades and centuries."

The inability for Sentry to calculate the Yarkovsky effect means NSA engineers needed to do time-consuming manual analyses, according to Davide Farnocchia, a navigation engineer at JPL who helped develop Sentry-II.

"Every time we came across a special case – like asteroids Apophis, Bennu, or 1950 DA – we had to do complex and time-consuming manual analyses. With Sentry-II, we don't have to do that anymore," said Farnocchia.

Sentry-II removes the algorithm's reliances on pre-determined assumptions behind how Sentry modeled an asteroid's most likely orbit.

Farnocchia compares the process of identifying a likely orbit as similar to searching for needles in a haystack, where the needles are possible impact scenarios and the haystack is the uncertainty range. The more uncertainty in an asteroid's position, the bigger the haystack.

"Sentry would randomly poke at the haystack thousands of times looking for needles located near a single line stretching through the haystack," says NASA JPL. "The assumption was that following this line was the best way of searching for needles. But Sentry-II assumes no line and instead throws thousands of tiny magnets randomly all over that haystack, which quickly get attracted to, and then find, the nearby needles."

Join Discussion for: NASA has a new system to spot asteroids that...