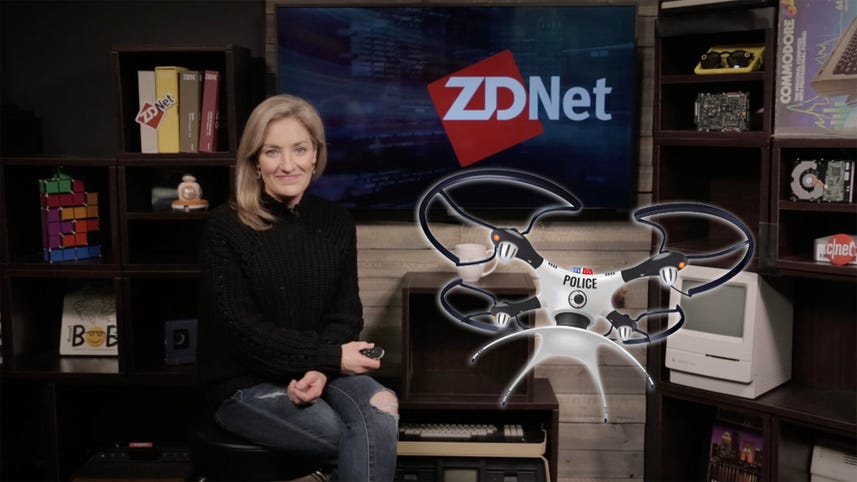 For several months a contest has been underway to help design the Army's next UAV. That may not sound remarkable, but the people doing the designing certainly are: Students, some of them still in high school.

We covered the start of this contest last year. Now -- from novel air foils to powerless flight mechanisms -- we've learned what some of these teams have been working on.

It's an interesting story about how technological innovation happens even at the high school level. It's also a fascinating peak at how the armed forces are leveraging the nation's best young thinkers in order to develop systems that may one day be used in war -- a kind of technology transfer that could potentially raise some eyebrows.

Steve Cyrus, Manager of Technology Collaborations with FirePoint, laid out the ambitions of the contest for us last September. First among those was to help provide a talent pipeline of young engineers to the army, in part by allowing those engineers to prove they have the right stuff in a competitive scenario. But the not-so-hidden secondary objective was to help streamline the transfer of technology from universities and even high school campuses to the military.

"By building partnerships between the U.S. Army and universities across the country, we hope to bring some of the best university technology to market where it can support both U.S. military and American manufacturing superiority," Cyrus said.

The Army, in fact, is embracing student competitions to further its UAV ambitions. Last year the Army hosted a drone fly-off event at the University of Texas at El Paso as part of a student design competition. During that event, undergraduate students piloted drone systems designed by college teams from historically black colleges and universities and other minority institutions.

The FirePoint Challenge, which was opened to university students around the U.S., asked teams to submit a design proposal for a specific component within a UAV subsystem—lift, energy, or structure. After initial judging, six teams have been chosen, including, surprisingly, a high school team.

The six teams have each submitted design concepts in one of the three component areas and will receive up to $10,000 for project development. The winning teams demonstrate a surprising diversity of ideas and ingenuity.

For example, the Buhler High School Science Club in Wichita is developing a lift concept that leverages the Cartesian diver principle to float a safe, hydrogen-filled envelope, providing whisper-quiet operation with no energy to maintain altitude for the UAV. Another Wichita area team, called Innovating Shockers, is working on a concept that combines a conventional wing design with a circular airfoil design to provide UAV lift.

Team Vol Air from the University of Tennessee, Knoxville, will demonstrate how a process called compression overmolding with a 3D printed lattice can be used to rapidly build durable carbon fiber airframes with cutting edge bullet resistance for military-grade UAVs. Team UAH Chargers from the University of Alabama in Huntsville has put forward a concept for airframe design that leverages a closed-cell foam material fabricated on a hot-wire foam cutting machine to quickly manufacture structural components for rapid construction and deployment of on-demand, mission-tailored UAVs.

"We're extremely pleased with this crop of competitors and really intrigued by their proposals," says Cyrus. "We essentially gave them a blue sky mandate—they could propose anything they wanted within those three functional areas—and we're eager to see how these concepts evolve and come together to benefit the Army's technology pipeline."

After additional judging in March, up to four teams will be selected to move forward in the competition and begin collaborating remotely on their designs and integration. They'll use Dassault Systemes 3D design and modeling platform to bring their concepts closer to reality.

Ultimately, the teams will collaboratively design and fabricate an integrated working UAV prototype for final presentation to the Army in February 2021.