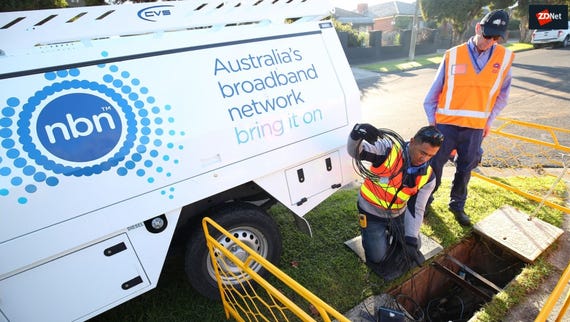 The NNI link offering will expand the footprints of the smaller RSPs that have less infrastructure, providing the ability to acquire connectivity virtual circuit (CVC) and access virtual circuit (AVC) capacity despite not physically connecting to those POIs.

"The NNI link product, in concert with backhaul products from wholesale providers, offers a quick and easy way for retailers to increase their footprint," NBN GM of New Business and Innovation Streicher Louw said. "Being able to buy AVC and CVC directly from NBN Co gives retailers access to the latest pricing bundles and direct access to NBN Co for support."

According to Louw, the NNI link product was "proposed by our customers", and then developed and launched within nine months after consultation with the telco industry.

"NNI link makes it easier than ever for retail service provider to offer an improved customer experience and co-developing NNI link strengthened our partnership with RSPs through collaborative product development and open innovation," Louw said.

NBN had announced earlier this week that it has now connected 4 million premises, with 6.8 million ready to connect.

"We look at these usage patterns not only to inform our future choices on access technologies and upgrades, but also on 'the glue' of the network: Our transit and IT networks," Owen wrote.

Based on usage back in April, Owen said 14 percent of NBN users accounted for half of all traffic across the network, with 1 percent of premises downloading more than 1 terabyte per month.

One NBN user consumed 23.59TB of data in one month, Owen said, while the largest uploader during April uploaded more than 14TB of data.

Owen added that users across its fixed-line networks -- including fibre to the premises, fibre to the node, and hybrid fibre-coaxial -- all saw similar usage demands, meaning "fixed-line technology choice is not having a great impact on end-user demand".

According to the CTO, NBN is now focusing on "lighting up spare ports and fibres" across its FttP network; adding new frequencies and cell splitting across fixed-wireless; and working on in-home copper wiring faults.

In another effort to improve its fixed-wireless offering, NBN earlier this week also amended its network design rules to reduce the number of premises able to connect to each cell, as well as updating the maximum bandwidth capacity available.

"The planned maximum number of connected premises in a sector has typically been 110 premises but is now moving towards 56 premises in each sector, driving the need for additional sectors to support capacity demand (this may vary depending on the exact positions and radio conditions of the served premises)," the new rules say.

"The maximum bandwidth planned for the microwave hub site back to a FAN [fibre access node] site has been 900Mbps, but is now moving to 4Gbps to support capacity growth, allowing for the aggregation of up to eight eNodeBs [base stations], with a maximum of 2,640 end users."

The changes followed criticisms about congestion on the fixed-wireless network, with CEO Bill Morrow last month telling the Joint Standing Committee on the National Broadband Network that the company is considering implementing a Fair Use policy capping download allowances for "extreme" or "super" users.