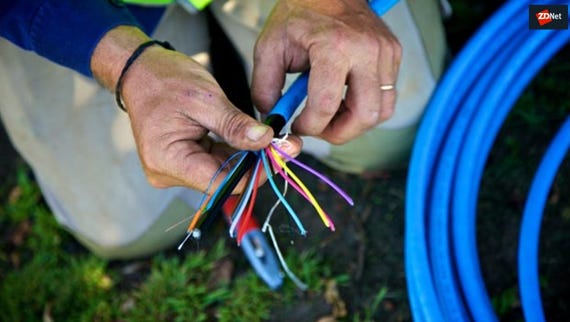 The Australian Competition and Consumer Commission (ACCC) has accepted a court-enforceable undertaking from NBN that will see the rebates paid to retailers increase.

For each late connection and fault rectification, the company responsible for deploying the National Broadband Network across Australia will hand AU$25 back to retailers, with a AU$25 rebate also introduced for each appointment missed by NBN.

"The undertaking will improve the rebates that NBN Co pays to RSPs for not meeting its service level timeframes for connections, fixing faults and meeting scheduled appointments," ACCC chair Rod Sims said.

"Under the undertaking given to the ACCC, NBN Co will require the RSPs to continue to take reasonable steps to ensure customers receive a benefit from the improved rebates the service providers will receive from NBN Co."

Sims added the rebate to consumers could take the form of a replacement service while a fault is being fixed.

NBN has also agreed to improve its reporting to retailers, as well as inform consumers monthly of the level of congestion in its fixed wireless network.

The ACCC said the undertaking by NBN dealt with some of the issues brought up in its NBN wholesale service levels inquiry, and NBN would adjust its standard wholesale arrangement within three months.

"This undertaking by NBN Co addresses some of the issues highlighted in our inquiry, but there are still a range of complex matters to consider," Sims said.

The consumer watchdog is set to release another consultation paper as part of the inquiry.

Earlier this year, the ACCC said NBN services were the key driver of consumer telco dissatisfaction.

"Issues regarding the migration and connection process as well as the quality and the performance of services over the NBN not meeting expectations are likely to be significant sources of these complaints," the ACCC said at the time.

Consumer complaints to the ACCC about both NBN services and major retail mobile and fixed network providers rose during 2016-17.

NBN will provide up to AU$300 towards upgraded unmonitored medical alarms to help ensure they do not stop working during the migration from legacy services.

Join Discussion for: NBN to introduce rebate for missed appointments