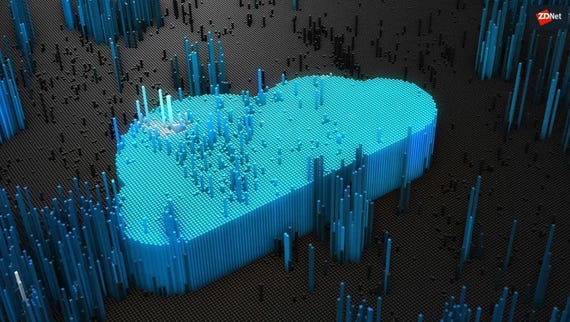 Read also: NetApp warns privacy is not synonymous with security

While NetApp is only just beginning to make that shift in its business -- its quarterly reports have yet to break out cloud business -- its executives argue the company's positioned to be uniquely relevant for companies undergoing a digital transformation. With a foundation of proven technology, they say NetApp will be able to quickly add cloud services to its offerings, making it "a data authority in a hybrid cloud world," Roscoe said.

With its new partnership with Google, NetApp is introducing Cloud Volumes on Google Cloud Platform (GCP), which is a fully-managed, cloud-native file storage service. The service should help accelerate the cloud adoption of largely on-premise workloads for Google's and NetApp's joint customers. Ideal use cases could include database applications, analytics and business intelligence applications or content depots, according to NetApp's Brendon Howe.

"NetApp pioneered the capability of building simple shared storage for multiple workloads in a demanding performance environment," he said. "So any use case that would want to move from a traditional approach and run data on the cloud... that depends on file access and data management features -- a lot of that know-how that NetApp has delivered -- that would be a very attractive use case."

Given that GCP tries to distinguish itself from its cloud competitors on its machine learning capabilities, NetApp and Google stressed this will help enterprise customers that want to build machine learning models on their on-premise data.

For customers that still want to run analytics in their own datacenter, NetApp's AFF A800, the newest product in its family of all-flash storage arrays, offers sub-200 microsecond latency. It also offers throughput of up to 300GB/s in a 24-node cluster.

As for new cloud services, NetApp is introducing a feature to automatically tier cold data from primary storage to AWS and Azure, which should reduce capacity costs. Additionally, NetApp has a new cloud-based analytics feature that predicts future performance needs.