Full Bio
Posted in Between the Lines on March 19, 2020 | Topic: Coronavirus: Business and technology in a pandemic 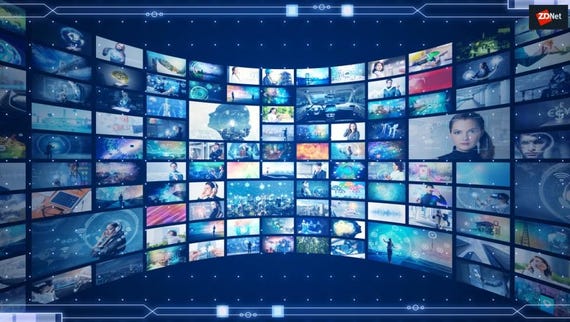 Netflix has agreed to reduce its streaming bit rates across Europe, the company said Thursday, to help keep internet traffic under control during the COVID-19 pandemic. The move follows conversations between Netflix CEO Reed Hastings and the European Commissioner Thierry Breton.

"Following the discussions between Commissioner Thierry Breton and Reed Hastings - and given the extraordinary challenges raised by the coronavirus - Netflix has decided to begin reducing bit rates across all our streams in Europe for 30 days," a Netflix spokesperson said in a statement sent to ZDNet.  "We estimate that this will reduce Netflix traffic on European networks by around 25 percent while also ensuring a good quality service for our members."

A spokesperson said to ZDNet that reducing bit rates may or may not impact the quality of services customers get. Quality can depend on a variety of factors, such as the device used and the service plan. Additionally, changes in bit rates may not be perceptible in all cases. For high definition streaming, bit rates often fall between 3,500 kbps to 5,000 kbps.

Even before agreeing to this change, Netflix adjusted the quality of streams based on available network capacity. It also employs a bespoke content distribution network to reduce load.

On Wednesday, Breton said he spoke with Hastings about the potential strain that shelter-in-place policies may be putting on internet infrastructure. "To secure Internet access for all, let's #SwitchToStandard definition when HD is not necessary," he tweeted.

Internet metrics show there have been spikes in traffic across the globe -- Cloudflare, for instance, saw 30 percent increases in Italy. However, reports suggest that the internet is currently coping well with the increased demand.