By composing a whole-body digital twin, the company can use recurrent neural nets to predict the results of dietary interventions to reverse root causes of diabetes and other metabolic disorders.
Written by Tiernan Ray on Oct. 6, 2021 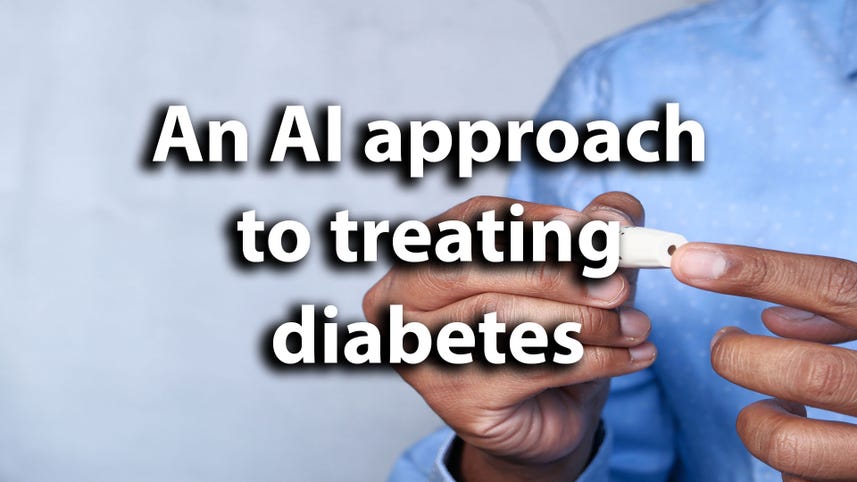 Recurrence is a fundamental concept in machine learning and other forms of AI, the notion that something happening right now is a function of something similar that happened a moment ago, or even way back in the past.

Just so, what you are now is likely a function of things you have consumed, such as nutrients, yesterday, the day before, and for months or years, a fact which startup Twin Health is exploiting with machine learning to try to crack the code on medical conditions including diabetes.

"We are solving for root cause of chronic metabolic diseases, including diabetes, hypertension, obesity, a cluster that affect a billion people and cause twenty-five million deaths a year," CEO and co-founder Jahangir Mohammed told ZDNet in an interview via Zoom. "It's incredible havoc."

Twin Health, a three-year-old startup with offices in Mountain View, California, and Bangalore, India, on Wednesday announced it has received $140 million in financing in a C round led by investment firm Iconiq Growth to further commercialize its machine learning approach to recommend to physicians and patients regimens that ameliorate diabetes.

Twin Health, said Mohammed, is using a simulation, combined with the recurrent neural network, to make predictions that lead to recommendations about nutrition for diabetes patients.

"It has not been really possible to programmatically solve for [metabolic disease] root cause," said Mohammed. "What we have invented is a new technology called a whole body digital twin that makes possible for us to help solve for the root cause."

Digital twin is a term common in engineering these days, whereby a computer simulation is created of the particulars of an object, such as a gas pipeline or an airplane. It is used to run experiments on that simulated object, noting its particulars, before trying out those actions on the real-world object.

In the case of humans, Twin Health is building digital twins of every subject's metabolism that can then be the subject of tests by the neural networks.

Subjects using the Twin Health technology have wearable sensors that send information to Twin Health, along with an app they use for food intake diaries, and quarterly blood tests. All those data points, 3,000 signals per day, are used to construct the whole-body digital twin of the individual.

A neural network approach is then applied to the digital twin as an optimization problem, the goal, what's known in machine learning as the objective function, being to predict the mean absolute error of blood sugar as an output of all the signals.

"We are using a number of different machine learning algorithms, including, in particular, recurrent neural networks, RNNs, because the data that we use is very much high resolution time-series data," said chief technology officer and co-founder Terry Poon, in the same interview with Mohammed.

"What we learn using the models is really the patterns across all these different signals," said Poon. For example, the data on heart rate and activity data can be combined with blood glucose levels.

"What we see is the pattern of heart rate is different depending on what your blood glucose level is," explained Poon. Someone who is diabetic will have a "choppy" pattern of recovery of their heart rate to the baseline heart rate following exercise, versus a person without diabetes whose heart rate returns to normal very quickly after exercise.

With the mean absolute error of blood sugar as the objective function, the RNNs allow Twin Health to simulate interventions, such as changing nutrition or changing sleep regimens, and see how those interventions affect the blood sugar level. A key, said Mohammed, is modeling in that twin what kinds of interventions matter for the specific individual, a kind of personalized medicine regimen, in other words.

The sensors provide a feedback loop between human and digital twin as the human takes recommendations, in consultation with a participating physician, such as changing diet or changing sleep or exercise, and records and uploads still more readings.

Recurrence means, again, there is a more complex signal to process than some other subjects of machine learning, he said.

"Especially a lot of the time-series features: you eat a food, you get a blood sugar response, but the relationship is very complex in that it is not just the meal that you just had, it's really affected by what happened before, such as, if last night you had a big meal that caused a very big rise in blood sugar, then, even when you eat breakfast today, it will have some impact on that."

The technology has already been used with thousands of subjects over two and a half years, gathering data that has helped to refine the neural network models, said Poon. Those thousands of people become the context for every new human whose twin is created.

Because the interventions that are prompted are regimens, such as diet and exercise, and not chemicals, the approach does not require regulatory approval and has already been taken up in clinical settings.

"Our early clinical results are very good," said Mohammed. "We are seeing from the early results 90% of diabetes people reverse" and "90% of people get off diabetes medication." In addition, he said, people using the regimen have dropped 9 kilos of body weight, on average, and have seen improved liver function, with "ALT" liver enzymes showing quantifiable improvement.

The company has published controlled clinical trial results in multiple publications this year, including the American Association of Endocrinology's Annual Meeting 2021; the International Society for Pharmacoeconomics's ISPOR 2021 meeting; European and International Congress on Obesity; the Journal of the Endocrine Society, Vol.5, April-May of this year; and in the June issue of the American Diabetes Association journal Diabetes.

Also: Ethics of AI: Benefits and risks of artificial intelligence

In those studies with patients using the regimen, the company found statistically significant remission of HbA1c, the amount of blood sugar attached to hemoglobin. That statistically significant development, it said, serves as "an early indicator for the translation of the scientific rationale for the technological intervention, through digital twin technology, powered by Internet of Things and Artificial Intelligence, as a modality to enable reversal of diabetes."

"A very interesting find for us is how beautifully resilient our body is," Mohammed told ZDNet, "and how these natural things we do, if you do the right set of things, how you recover."

An implication may be that just as solutions are decoded from the twin by working back over the time series, in recurrence, the remedy for metabolic disorders can itself be thought of as a sequence of making the right moves in time in the right sequence.

"We have been really surprised over the last three years at how beautifully resilient our body is if it's only given a chance to do these natural things in the proper pattern and proper combination," said Mohammed. "It has a remarkable ability to heal itself."

Twin Health already is operating in commercial mode, selling its services for patients using the regimen.

"The beauty of improving health and reversing diseases is it saves up such a cost savings in terms of drugs as well as in terms of hospitalizations and visits."

Twin Health is "paid for the performance," he said. "We agree on outcomes we are going to deliver for the patient, when they achieve it, you realize benefit and you pay us for what we contributed."

Customers appreciate that approach because "it's hard outcomes," he said, "you don't have to speculate."

The new money will allow the company to spread the clinical use of the technology globally, said Mohammed. The company declined to say how many current memberships it has, but noted that they are excited by their continued growth.

"We are really ready to bring this to a broader population," said Mohammed. That will include staffing up the teams responsible for go-to-market, for coaching and for caring for patients.

The money also includes continual improvement of the digital twin in order to move beyond diabetes to tackle other metabolic disorders, including arthritis and abnormal kidney function.

"This is a continuous optimization approach," said Mohammed. "Our body is an ocean; it is never-ending with respect to how much we can understand about it."

AI & Robotics
I tried this terrifying-looking $199 LED face mask. It was a nightmare