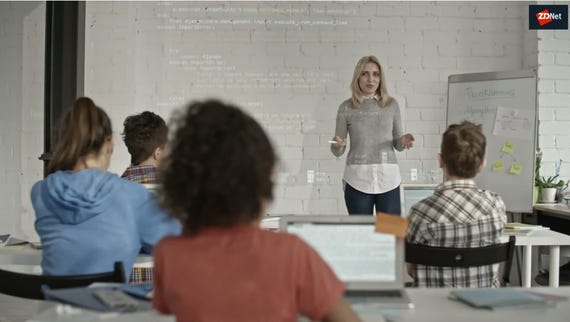 Kid coders are start-up targets, but not everyone agrees
Watch Now

The company's specific pitch is that its new kits are affordable, durable, and outlast typical computing product cycles, meaning schools won't have reinvest in new kits after only a couple years.

But the broader pitch--bringing robotics and coding technology into schools to teach STEAM (Science, Technology, Engineering, Art & Math) skills--is part of a growing and controversial trend in education across North America and Europe.

Science and technology skills, and coding in particular, are now strongly emphasized in many curricula. The Bureau of Labor Statistics estimates that by 2020 the U.S. will create 1.4 million jobs in computer science-related fields. If current trends continue, American citizens will only have the requisite skills to fill about 30 percent of those jobs.

To bring the future workers and leaders up to snuff, schools are experimenting with technology-focused toys.

The upshot of this for technology developers targeting K-12 classrooms is clear. Schools present a huge and potentially lucrative early market that can turn a technology startup into an overnight success or provide a robust revenue stream for established companies that have focused on retail until now. LEGO and Mattel both offer STEAM-themed toys, and Nintendo has joined the party with its cardboard Labo kits for Switch.

Newer entries like Wonder Workshop, which makes the popular Dash and Dot toys, and startups like SAM Labs, are attempting to bypass a retail distribution business model by appealing to educators.

The potential is huge. There are about 90,000 elementary schools in the U.S. alone, accounting for hundreds of thousands of classrooms, according to the Center for Education Reform.

SAM Labs' new kits are flexible collections of programming modules and hardware bits and pieces, including DC motors and light sensors. They look like a lot of fun to tinker with, allowing students to create a number of devices, including nifty robots.

The kits start $149 for the Alpha, named after the youngest generation born entirely in the 21st century. It includes components and lesson plans for two or three students. Classroom kits that support up to 30 students run close to $1000.

Not everyone is happy with the rush to bring more technology into the classroom. For one thing, it's tough to come by strong evidence supporting the educational benefits of any particular STEAM gadget. There are certainly plenty of critics who fear technology companies are giving districts hard sells by making them feel their students are being left behind.

However, the pitch of hands-on play to promote STEAM education has proven seductive for many educators. As a result the race that's afoot to design a product line that catches on in classrooms isn't likely to slow down anytime soon.