Like it or not, it seems that Apple's new MacBook Pro is pulling in stacks of cash.

According to data collected by e-commerce tracking firm Slice Intelligence and reported by CNET, MacBook Pro revenue for its first five days has hit 78 percent of all the revenue generated by the MacBook 12-inch since it became available in April 2015, and has accumulated more revenue than any other laptop this year.

This means that it's already wiped the floor with laptops such as Microsoft's Surface Book, Asus's Chromebook Flip, and Lenovo's Yoga 900.

Slice Intelligence also discovered that 40 percent of Apple laptop owners who purchased a MacBook in 2014 went on to buy their next laptop with another maker, with Dell and Asus being the most popular choice. 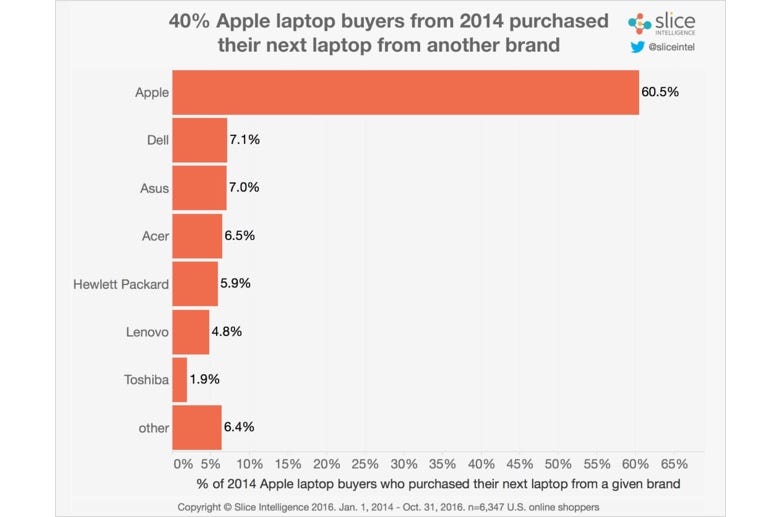 To get any real idea of how the new MacBook Pro has shifted the Mac sales and revenue needles, we are going to have to wait for Apple's next earnings report in January 2017. 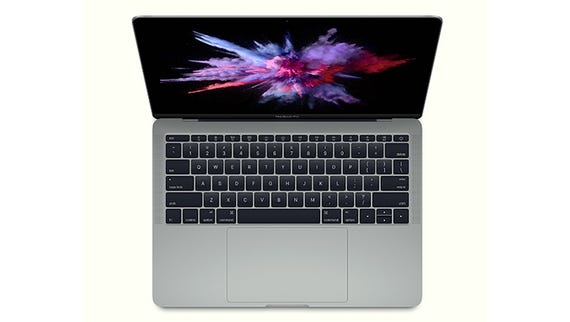