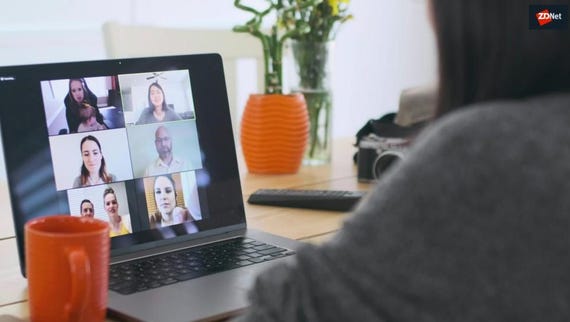 Zoom fatigue: How to stop your workers from burning out
Watch Now

Video conferencing software maker Zoom has launched a new feature today that can alert conference organizers when their online meetings are at risk of getting disrupted via Zoombombing attacks.

Named "At-Risk Meeting Notifier," this new feature is a service that runs on Zoom's backend servers and works by continuously scanning public posts on social media and other public sites for Zoom meeting links.

When At-Risk Meeting Notifier finds a Zoom meeting URL, it automatically sends an email to the conference organizers with a warning that other people may be able to access their room and possibly disrupt their meeting.

These types of disruptions are known as Zoombombing or Zoom raids, and they have been a major issue for the company all year.

Zoombombing is when trolls connect to a Zoom room uninvited and disrupt the meeting by hurling insults, playing pornographic content, or making threats to other participants.

Zoombombing incidents usually take place after one of the participants shares a link to a Zoom meeting (and sometimes its password) on social media, Discord channels, or Reddit threads, asking others to disrupt the conference.

Zoom raids became a widespread phenomenon in March this year, when, due to the COVID-19 pandemic, Zoom also became the de-facto online meeting tool for families, schools, businesses, and government agencies.

While the US Department of Justice threatened to prosecute Zoom bombers in April, Zoombombing never actually stopped.

Through the new At-Risk Meeting Notifier feature, Zoom hopes to curtail some of the Zoom disruptions that are still taking place today, even before they happen.

The new feature is enabled by default and users don't need to take any action for their accounts.