You're a mean one, Nintendo.
You keep Classic shipments low.
With your little NES
You deny purchase requests
Nintendo.
That's a trick that's beyond Bowser or... Wario!

A Grinch-like refrain has often greeted those who wish to see the latest incarnation of their beloved Nintendo characters. The game that they actually wind up playing is the waiting game. This holiday season, Nintendo has no next-gen console. And so, before its future platform, Switch, and the present platform, smartphones, it trotted out a miniature version of its first platform, the Nintendo Entertainment system, in the form of the NES Classic.

However, the product has been nearly impossible to buy due to shortages. You'd have about as much chance of finding the 30 year-old original on the shelves as its modern miniaturization.

After seeing this movie play time and time again with the Wii and Wii U, reactions to the NES Classic shortage express that enough is enough. Some have thrown up their hands, others question Nintendo's competence, and yet others have called shenanigans. Now you're playing with power. And customers' emotions.

There's at least one potential valid reason for Nintendo to restrict stock at the NES Classic. The company, with decades of experience in keeping its characters fresh, knows that timing is the key to reintroduction. It might want to avoid an overdose of Mario nostalgia as it gears up for its big launch into smartphone gaming with Super Mario Run. Happily, there's little Nintendo can do to limit availability of that title, settling to create a three-month wait between its announcement and availability.

But there are strong reasons to reject manufactured scarcity. First, while rarity often helps create buzz, the buzz for the NES Classic was created 30 years ago. Now Nintendo is simply (if belatedly) reaping the rewards of nostalgia. The product's premium over other mini retro consoles in the Flashback series is more than justified by the Classic's advantages in title quality, graphics, quality, user interface and HDMI support.

And beyond not needing the hype, there is of course leaving customers disappointed at best and having them opt for an alternative. The $60 that the Classic sells for is just about the price of another premium title for the PlayStation 4 or Xbox One, further entrenching customers in those consoles.

It is, perhaps, less of a big deal for the NES Classic Market that likely consists more of nostalgic adults than for a product like Amiibos aimed more squarely at today's kids. But that doesn't mean it doesn't have repercussions for a younger audience. Some parents will go to nearly any length to get a hold of the object of their or their child's desire. That will send them to eBay where buyers can expect to spend four to five times the retail price of the NES Classic. And if they're fortunate, that sum -- which would likely pay for a new Switch -- will result in the expected product at the expected time.

If they're less fortunate, they might bid for one that arrives too late, is damaged, or is a scam. eBay demand for NES Classics is so high that eBay is guaranteeing sellers that they will make a tidy profit parting with theirs. Of course, this drives prospectors to pick up NES Classics at the expense of consumers. And not having it in the hands of consumers means less good buzz via word-of-mouth and social marketing, which reduces Nintendo's revenue.

Indeed, Amazon.com was flooded with thousands of low reviews for the NES Classic when its initial stock vaporized in a split second. Even now, the listing is filled with comments from angry customers, with nearly half of reviews at one star.

If Nintendo is okay with people paying the market price of $250 to $300 for an NES Classic, why not just create a (literally) limited edition at that price and then revert to the $60 price once there are actually units available to satisfy demand at that level?

The NES Classic should have been a feel-good gift to the Nintendo faithful -- an inexpensive reprieve from the modern era of high-priced console titles and in-app purchase models, a reminder to its fans that it has not forgotten about good game design after the fundamentally flawed Wii U.

Now Nintendo must face the prospect of the known quantity and low price of the NES Classic availability butting up against and distracting from the launch of the far more strategic Switch in the spring. After all, nobody knows if they'll be able to get one of those, either. 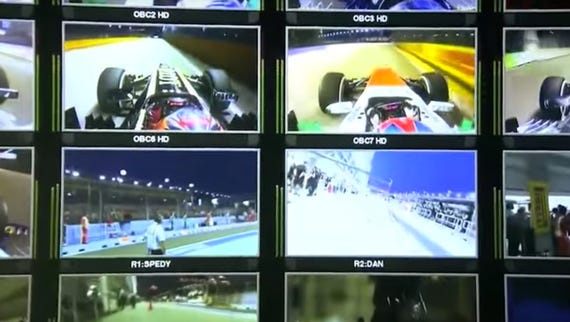