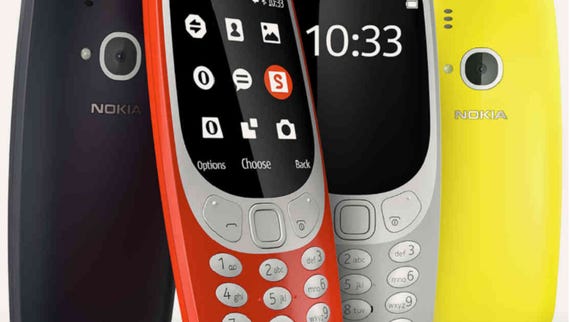 The new Jelly 4G smartphone doesn't look that different to a feature phone but isn't hobbled by an outdated operating system.

The Jelly phone comes from Shanghai-based Unihertz and is being pitched to US consumers much in the way Microsoft promoted its Nokia basic phones before handing them off to HMD Global -- as a backup phone. 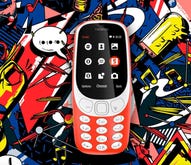 The Nokia mobile brand has been revived by HMD Global at this year's MWC.

The 4G Jelly, on the other hand, qualifies as a proper smartphone, which runs on Android 7.0 Nougat and supports "virtually any" app from Google Play, albeit on a much smaller display than usual.

Indeed, the biggest feature of the Jelly may be how small it is, measuring about a quarter of the size of the iPhone 7 Plus and a tad smaller than the Nokia 3310. With GPS and access to most Android apps, its small size could make it a good workout device.

The Jelly project launched on Kickstarter yesterday, billed as the "world's smallest smartphone" and is already well over its modest $30,000 goal. However, the Jelly is still more expensive than a feature phone, costing $69 during the campaign, and $110 at retail. An introductory offer of $59 has sold out.

The basic Jelly phone is powered by a 1.1GHz quad-core CPU, and features 1GB RAM, 8GB onboard storage, and a 950mAh battery with an advertised three-day battery life with average usage.

The Jelly is Unihertz's second attempt at selling a tiny smartphone. It previously launched the 3G Micro X with Android Kit Kat, which had a two-megapixel main camera, dual-core 1GHz CPU, 512MB RAM, and 4GB storage.

There's also a Jelly Pro version available for $95 in the campaign that will cost $125 at retail, which offers double the memory and storage. The super early bird offer for the Pro was $75, but that's sold out too.

The device doesn't support CDMA networks, so it won't work on Verizon and Sprint. However, Unihertz says it will support AT&T and T-Mobile, as well as major carriers in European markets, including BT, Orange, Vodafone and Telefonica.