By Zack Whittaker for Between the Lines | February 22, 2013 | Topic: Microsoft

Nokia could soon launch a range of cheaper models at the Mobile World Congress in Barcelona next week, as part of efforts to recapture the lower end of the mobile market where the company has historically been fairly successful. 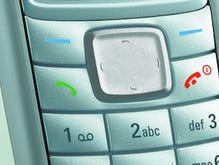 20 of the world's top selling phones

UPDATED. Samsung and Apple phones may today rule the smartphone market roost today, but the most popular phones and smartphones were in fact sold almost a decade ago. Here are some of the top selling mobile phones since the the start of the new millennium.

Sources speaking to the Reuters news agency suggest Nokia will refocus its efforts where the company has historically seen a boon to its overall bottom line.

While Nokia's relationship with Microsoft in the Windows Phone and Lumia space isn't going away any time soon, Nokia will aim to compete with Huawei and ZTE—among others—in the low-end smartphone space.

Details about pricing were not given. Nokia declined to comment to Reuters.

It was only a half-decade ago in which we saw Nokia's profits booming thanks to the company's firm grip of the emerging markets. But now those markets are maturing, and low-end smartphones are increasingly being used in areas such as Africa, the Middle East and Asia. Nokia has missed its opportunity to hit this developing yet still emerging market hard by focusing on the high-end Lumia devices that are sold in mature markets.

The point of no return, as it were, was when Nokia ditched Symbian for Windows Phone. Nokia still generates vast amounts of revenue—albeit little to no profit—from its low-range of Series 40 devices.

According to the firm's latest financial earnings , Nokia's mobile phone net sales declined by about 21 percent, while its smartphone sales were down more than 50 percent, showing that Nokia's grip of the low-end market is stronger and more retainable than its still relatively new smartphone unit.