Nokia is weighing up options for the future of its Here mapping business including a sale, the company said in a statement today.

Along with its IP and patents division - responsible for the N1 tablet - and its main networking business, Here is one of the three units that remained at Nokia after it sold its devices business to Microsoft last year for €5.4bn.

However, the company has now confirmed it is looking to shed the unit. Over the last few years, Nokia has been trying to build Here into a viable consumer business but so far hasn't been able to move the unit far beyond its roots as a mapping provider for the automotive market. 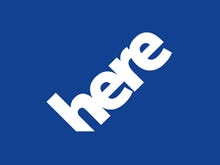 Alongside today's proposed €15.6bn merger with French rival Alcatel-Lucent, the company said it had started a review of strategic options for Here including a "potential divestment" of the unit.

The review follows reports last week that Nokia may sell Here, which is valued at around $2.1bn, raising the prospect that Microsoft might be a potential buyer. While such an acquisition would make sense given it already licenses Here for its Windows Phone and Windows devices, it also begs the question why didn't Microsoft buy Here when it bought Nokia's mobile division?

Nokia has reportedly shopped Here around to Uber, a group of German car makers, and private equity firms. Besides Microsoft, automobile manufacturers are the mainstay of Nokia's Here business, and its licensees include BMW, Daimler, and Toyota. In total, 13 million cars shipped with Here maps installed last year.

Alongside Here maps, there's also Here real-time traffic data service, which has been licensed to Ford, Mazda, and Honda, while Nokia has recently boosted the unit with acquisitions including US firm Medio to give it real-time predictive analytics, and Desti, which gave it artificial intelligence and natural language processing technology to recommend destinations to travellers.

Overall last year the unit earned €970m in net sales, or nearly 10 percent of Nokia's overall net sales for the year; however, with relatively high R&D expenses of €540m, the unit made a €32m loss, which was down significantly on the €154m loss in 2013.

Among Here's recent investments are its True Fleet of cars, which have helped build 3D maps for two million km of roads across six continents, intended to be useful for autonomous driving.

But while Here, which is available on iOS and Android, has gained some traction with consumers as an alternative to Google Maps, the company opted to "de-prioritize" efforts to reach consumers directly. Instead, it's leaving the task of reaching consumers down to partners like Microsoft and Samsung.

Join Discussion for: ​Nokia confirms Here mapping unit could be...