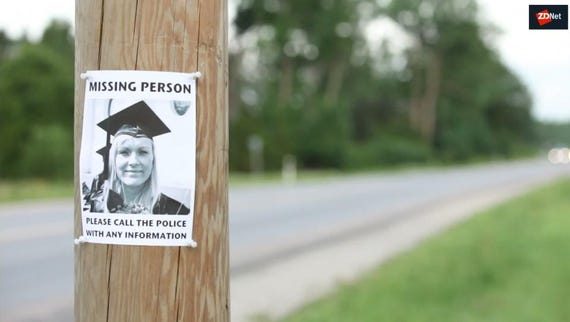 The New South Wales Police Force has teamed up with Australia's major telcos -- Telstra, Optus, and TPG -- to launch a national SMS geo-targeting alert system to enhance the search for "high-risk" missing persons across the state.

Using the new system, mobile devices in defined areas where police hold grave concerns for the missing person will be sent alerts, a brief description, and information on how to report any sighting of the individual.

NSW Police Force stated the system would be used in cases when a "high-risk" person is missing, which include cases involving people with dementia, children with disabilities, and young people who go missing in large crowds.

"Police always act as quickly as possible to find anyone who is reported missing and this tool will mean the public will be able to assist almost immediately," Minister for Police David Elliot said.

"The community should never underestimate the crucial role they can play in potentially saving someone from harm and if you receive this message we ask that you keep your eyes out and help police to reunite someone with their loved ones."

Telstra, Optus, and TPG will roll out the tool by using the existing emergency framework.

The system was first introduced by states and territories after the 2009 Victorian Black Saturday bushfires where alerts within specific areas were sent in the event of likely emergency situations, such as flood, bushfire, or other extreme weather conditions.

Extending the use of the system to missing persons was established following a review of the state's police operations that led to the establishment of the Missing Persons Registry and the implementation of new systems and procedures that came into effect in July 2019.

The introduction of such a tool comes at a time when several concerns are being raised about the legislative framework that governs Australia's intelligence community and the power that they could potentially hold over entities such as those in telecommunications. Some that are currently under the microscope include the pending Critical Infrastructure Bill, Online Safety Bill, and the Surveillance Legislation Amendment (Identify and Disrupt) Bill 2020.

Join Discussion for: NSW Police to use SMS geo-targeting tool...