Office 365 major new features: Here's what you get with new Surfaces, says Microsoft

Microsoft reveals how it fine-tuned its new Surface lineup to improve automation and productivity in Office 365.
Written by Liam Tung, Contributing Writer on Oct. 3, 2019 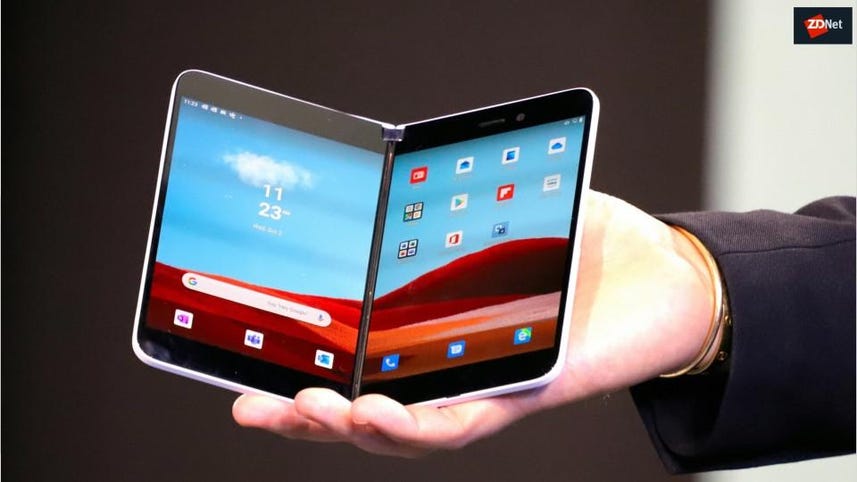 Along with Microsoft's Surface announcements on Wednesday, the company has revealed AI-powered feature updates to Office 365 apps that exploit Surface hardware for better productivity.

The devices are all integrated with Office 365, which is gaining new smart features to boost productivity for users when they're at and away from the desk.

The first is audio transcription in Word. After uploading an audio file, Word will be able to display a transcript of it in the side panel where elements of conversation or the whole thing can be moved to the document.

Handily, the text is automatically broken down by speaker. There's also an audio player interface in the panel that allows users to select a piece of text and jump to the right spot in the recording to review the accuracy of the transcription.

The feature relies on OneDrive for storage and uses Azure Speech Services for transcription.

The transcription service won't be free and isn't available until early 2020 for Word on the web, while Word desktop and mobile apps will get it in the spring.

"Exact plans and pricing will be announced closer to general availability," Microsoft notes.

Less exciting, but free for Office 365 subscribers, is digital pen support for Excel, allowing users to write text and numbers into cells. Excel then automatically formats the values into the selected font. The feature is aimed at tablets and will be available in Excel for the web and desktop in spring 2020.

Ink Editor in Word is also getting an update that allows users to create and reply to comments using pen or voice. The feature is available on devices with a touch display and a supported microphone. The feature will be available in Word desktop in spring 2020 for Office 365 subscribers.

Some of the updates are tied to Microsoft's new hardware. The mics in the $750 Surface Pro 7 convertible, for example, have been designed to enhance Office dictation and transcription.

The new Surface Earbuds are a support player for PowerPoint and improve the accuracy of its live captions and subtitles features.

The Surface Earbuds plus wireless charging case cost $250 and feature touch and voice controls for music and calls, as well as 'screen-free' integration with Office 365.

Gesture support in the Earbud replaces a clicker for tasks in PowerPoint like navigating Slide Show and starting and stopping video.

Surface Earbud gesture support will arrive in November, when the Earbuds become available. The feature is available to Office 365 subscribers.

The Surface Pro X, Microsoft's iPad Pro rival, also promises some benefits for Word and Excel users. The 13-inch screen Surface Pro X costs $999 and will be available on November 5.

When users pull out the pen, the Pro X automatically brings inking tools front and center, and each Office app will show what is possible with the Surface Pen, Earbuds, and Dial.

Microsoft
The 5 best stylus pens in 2022