Omnicharge: The ultimate power bank for your most expensive mobile gadgets 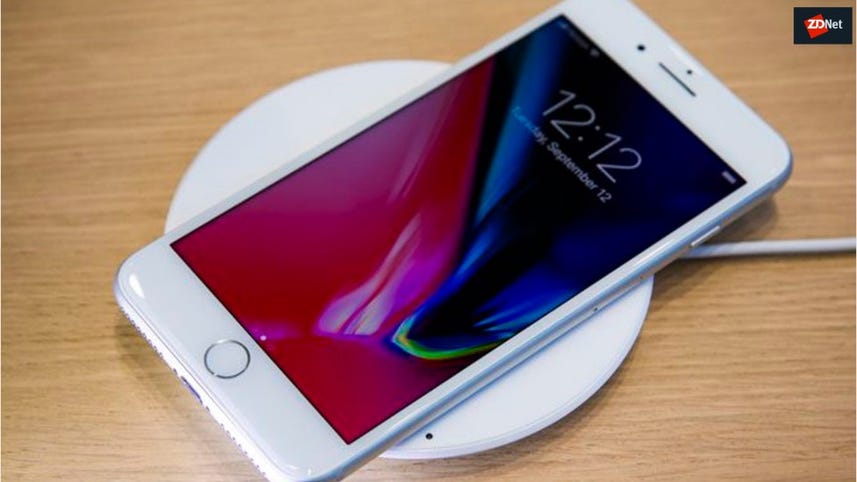 Video: The five things that really drain your iPhone's battery

During the holiday season, I published a round-up of the various high-speed charging battery packs on the market and an explanation of why you would consider one particular USB charging technology used in these products over another.

For the most part, these things are commodities, and I can say that one $75 to $100 USB PD 20,000mAh lithium-ion battery pack is more or less the same as another. They all pretty much use the same type of cells and basic circuity and have similar wattage outputs.

And with promotions on Amazon and other internet retailers, you can find them for as low as $50 -- especially if you get them with bundles, such as with a USB PD or QC 3.0/4.0 wall charger.

Peace of mind from a power bank

I have used a number of these things, and they all work petty well. But they all lack something that I really would like, which is giving me peace of mind and a certain level of power diagnostics every time I plug my expensive devices into one of them.

With the USB PD/QC 4.0 technology used in the current generation of smartphones and tablets from Apple, Samsung, Google, and others, during charging, you are sending a considerably higher amperage/wattage into the device than in previous generations.

The USB PD and Quick Charge 4.0 standards add additional intelligence to the charging process by negotiating the amperage/wattage that the device can charge and within the safety tolerances of what the device can handle at their fastest possible speed.

Standards aside -- do you really want a $50 or even a $100 battery charging your $1,000 smartphone or tablet? It definitely gives me some pause. How do I really know that the battery is actually negotiating at optimal speeds? How do I know if the cable I am using to charge my device, OEM or third-party, is performing adequately?

On these commodity battery packs, you really can't tell.

Read also: iOS 11.3 is coming: Get your iPhone and iPad ready for the upgrade

We looked at the Omnicharge 20 USB-C, which recently completed its Indiegogo financing campaign and is now shipping to customers. You can still get one for $179, and when that deal runs out, it will cost $250.

Yeah, that's not cheap if you compare it with a comparable Anker, RAVPower, or even a Mophie. But neither is an iPhone X, iPad Pro, or flagship Android smartphone.

It's probably not fair to refer to these Omnicharge products as strictly "battery packs," because they are really battery computers. They utilize a custom-designed, ARM-based microcontroller that monitors and regulates optimal power draw no matter which kind of device is attached to any of its charging ports.

The Omnicharge 20 USB-C has twin USB-C ports and also two USB-A ports, and it has a total combined output of 100W, which is considerably higher than most of its competition.

They also use six high discharge 18650 LiPo cells made by Panasonic (NCR18650B), and I cannot stress enough how important the battery quality is when using one of these things. There is a very wide variety of LiPo battery cells used in Chinese-made products and not all of them are made to equal specifications and quality.

Using a built-in OLED display, it tells you exactly how much power your devices are drawing (or how much power the Omnicharge is taking in if you are charging it) -- in addition to diagnostics regarding how much charge is left in the battery pack and what the operational temperature is.

It also acts as a fast USB 3.0 hub for data transfer between devices, which is a feature most USB PD battery packs do not have.

I used an iPhone X, a 2017 iPad Pro 12.9, a Huawei Mate 10 Pro, and a Google Pixel 2 for my testing. I also used Apple's USB-C-to-Lightning cables, which are arguably the most expensive, unless you shop around, but they're also the only ones I know of that will enable full speed charging on Apple devices.

Read also: iOS 11 is such a mess, Apple showcased a bug in latest iPhone X ad

I also use their USB-C-to-USB-C charge cables designed for their MacBook, which I find to provide very high-charging performance on Android devices as well.

Anker and Belkin provide very high-quality USB-C/USB PD solutions, too, and I found their performance (and their price) to be very similar to Apple's, but they do not have a USB-C-to-Lightning solution yet, and I have not yet found a USB-C to Lightning from a third-party vendor that I would risk my equipment on because none of them are MFI certified.

On the iPhone X, I noticed that when the device was topping off on charge, it ramped from 3W to about 10W consumption and back down again as it approached completion. On the iPad Pro 12.9, I actually witnessed it moving from 15W to over 30W. After a short ramping period of about 3W my current-generation Android devices consumed about 15W-18W consistently up until the point they had reached a full charge and then it only charged at a lower 3.5W-4W to continually top the device off.

The Omnicharge unit itself seems to draw power as quickly from the wall charger it is actually connected to at the time. It was consuming about 29W from the OEM Apple 29W USB PD charger, about 40W to 45W from an off-brand Chinese USB PD wall charger, and 30W from an Anker multi-port USB PD wall charger. So, you can definitely get this device into action and get its cells charged in a very short period of time.

Is the price worth it?

The Omnicharge 20 USB-C comes with a one-year warranty. I liked this product so much that I actually went and bought one myself.

I'd like to see the company commit to reconditioning these devices, because they are so much more expensive than their competition, and given that they use standard 18650 batteries, which are not user accessible unless you crack the thing open, I would like to get them replaced when the 500 charge cycles on the batteries are up. A $50 to $75 reconditioning fee including shipping would certainly be preferable than spending $250 on another one.

Anker's new PowerWave wireless chargers can charge the iPhone X and iPhone 8 at 7.5 Watts, and premium Android devices at 10 Watts.

Is your iPhone 'Charging On Hold'? Here's what it means and what you should do

Is your iPhone 'Charging On Hold'? Here's what it means and what you should do