The job cuts Microsoft is expected to announce this week could fall hard on Nokia's home country, with Finnish media reporting the company could shed 1,000 people there.

Microsoft absorbed around 25,000 Nokia employees when it officially acquired Nokia's devices and services business in April, including 4,700 workers in Finland. 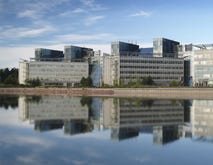 Those former Nokia employees may bear the brunt of the layoffs Microsoft will reportedly announce later this month . The number of staff expected to be made redundant could top the 5,000 job losses Microsoft announced 2009 . If a report from Finnish paper Helsingin Sanomat is correct, many of those affected could come from Finland.

There's been speculation in the country over whether more cuts to Nokia staffing levels were on the way following Microsoft CEO Satya Nadella's email to employees last week. According to a Helsingin Sanomat report on Wednesday, multiple sources told the paper that Microsoft is planning to cut 1,000 staff in Finland and shut down Nokia's Oulu R&D labs in the north of the country, which are mainly responsible for developing software for feature phones. Microsoft declined to comment on the report.

The Oulu facility employs 500 staff while Microsoft's other ex-Nokia staff are spread across Nokia's former locations, with 1,970 in Espoo, 1,100 in Salo, and 1,120 in Tampere, Helsingin Sanomat said.

Over the past few years, Oulu has seen hundreds of staff laid off during Nokia's transition to Windows Phone, including former Nokians working on Symbian who were transferred to Accenture in 2011.

No Nokia, no Bridge

In the past, Nokia employees have had the benefit of the company's generous Bridge programme , which had helped some of the 40,000 workers who lost their jobs in recent years to develop marketable skills or launch their own startup. One of its most well-known alumni of the programme was Finnish smartphone startup Jolla, which leaned on Nokia's open source MeeGo OS to launch its own smartphone.

The program is continuing at Nokia's Indian plant in Chennai, which has yet to be transferred to Microsoft due to the Finnish company's ongoing tax issues there .

When Nokia completed the sale of its devices business to Microsoft, it also announced it would be introduce "elements" of the Bridge programme to employees in Chennai and Masan. According to the Economic Times, Nokia kicked off the program there this June.