You may have seen the drama this week around a social media ad agency representative whose negative Twitter message about Memphis, Tennessee was read and responded to by one of his client FedEx's employees.James Andrews, '@keyinfluencer' on Twitter, was flying into Fedex global headquarters in Memphis to present on digital media to the worldwide communications group at FedEx (150+) people on behalf of his employer ad agency Ketchum.
Written by Oliver Marks, Contributor on Jan. 17, 2009 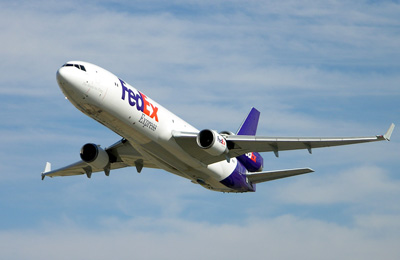 You may have seen the drama this week around a social media ad agency representative whose negative Twitter message about Memphis, Tennessee was read and responded to by one of his client FedEx's employees.

James Andrews, '@keyinfluencer' on Twitter, was flying into Fedex global headquarters in Memphis to present on digital media to the worldwide communications group at FedEx (150+) people on behalf of his employer ad agency Ketchum.

Upon arrival in Memphis something prompted him to tweet:

True confession but I'm in one of those towns where I scratch my head and say "I would die if I had to live here! 2:58 PM Jan 14th

Andrew's Tweet was picked up by a Fedex employee who emailed FedEx Corporate Vice Presidents, Vice Presidents, Directors and all management of FedEx’s communication department - and also Andrews chain of command at Ketchum:

If I interpret your post correctly, these are your comments about Memphis a few hours after arriving in the global headquarters city of one of your key and lucrative clients, and the home of arguably one of the most important entrepreneurs in the history of business, FedEx founder Fred Smith.

Many of my peers and I feel this is inappropriate. We do not know the total millions of dollars FedEx Corporation pays Ketchum annually for the valuable and important work your company does for us around the globe. We are confident however, it is enough to expect a greater level of respect and awareness from someone in your position as a vice president at a major global player in your industry. A hazard of social networking is people will read what you write.

Not knowing exactly what prompted your comments, I will admit the area around our airport is a bit of an eyesore, not without crime, prostitution, commercial decay, and a few potholes. But there is a major political, community, religious, and business effort underway, that includes FedEx, to transform that area. We’re hopeful that over time, our city will have a better “face” to present to visitors.

James, everyone participating in today’s event, including those in the auditorium with you this morning, just received their first paycheck of 2009 containing a 5% pay cut… which we wholeheartedly support because it continued the tradition established by Mr. Smith of doing whatever it takes to protect jobs. Considering that we just entered the second year of a U.S. recession, and we are experiencing significant business loss due to the global economic downturn, many of my peers and I question the expense of paying Ketchum to produce the video open for today’s event; work that could have been achieved by internal, award-winning professionals with decades of experience in television production.

Additionally Mr. Andrews, with all due respect, to continue the context of your post; true confession: many of my peers and I don’t see much relevance between your presentation this morning and the work we do in Employee Communications.

I read this on Peter Shankman's blog 'be careful what you post' (and also scanned the huge number of judgmental comments posted there) on Friday, and initially discounted it as yet another new-medium-Twitter story like the 'someone took an iphone picture of the airplane that came down in the Hudson and posted it on Twitpic almost immediately' excitement. ( ZDNet fellow blogger Jennifer Leggio writes that 'Facebook fan numbers of U.S. Airways pilot Sullenberger grow at 1,000 per minute' - no T shirt sales allowed to this group however).

What's interesting to me about the ill advised client communications faux pas by James is the meeting of his lightweight and open Twitter message with the rather pompous classic 'impress the command and control bosses' riposte by email. This would be a closed loop had Peter Shankman not exposed it, although he doesn't say how or where he found it.

The neat thing about the online world is that you are judged almost entirely by your actions, usually based on just your fingers....

....The biggest takeaway for me is this: online interactions are largely expected to be intentional. On purpose. Planned. People assume you did stuff for a reason.

Be clear, be generous, be kind. Can't hurt.

For me the FedEx Memphis fiasco (no one comes out of this looking good) is a great example of the enterprise collaboration culture clash between the analog generation (cc'd dressing down email thread) and the digital one (airport bar style Twitter banter). The irony of James Andrews unintentionally demoing the power of digital media prior to his more formal presentation is great.

I'm a huge proponent of free speech and openness, but I'd take Seth Godin's last point a step further - you can't be too clear or too generous when everyone can tune in to hear what you are saying...