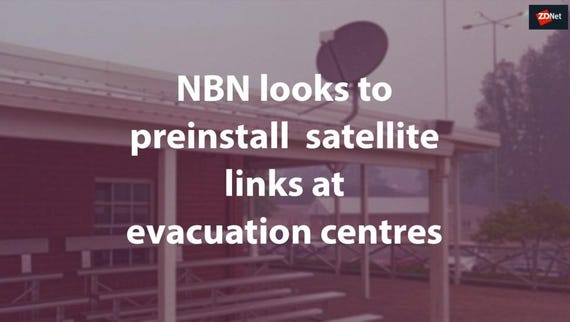 Bushfires taking out electricity transmission infrastructure was far more responsible for telecommunication outages than direct fire damage, a report prepared by the Australian Communications and Media Authority (ACMA) has found.

Looking at the period from 19 December 2019 to 31 January 2020, the peak of Australia's recent black summer of fires, ACMA said only 3% of mobile tower outages were due to fire damage, and of the 1,390 total facilities that were impacted by the fires outages, only 1% of incidents were a direct result of fire damage.

Network nodes were the most impacted telco infrastructure type, making up 56% of outages, and none due to fire damage. Mobile towers had the next highest number of outages, accounting for 36%.

"Information provided by the carriers indicated that backup power capability was generally available for all facilities that experienced an outage," the report said.

"However, the ACMA understands that access to backup power during a power outage may depend on several factors, including the configuration of the backup system, the working condition of the battery backup equipment and, in the case of generator-powered sites, the availability of fuel."

ACMA said 51% of facilities had outages of over four hours, 26% were out for under four hours, while 23% were impacted without suffering an outage, such as in cases the backup power was used until mains power was restored.

"The average length of outage incidents was 3.5 days and the median was 1.6 days, which indicates that facilities were generally restored promptly," the report said.

"This applies across all types of facilities, except equipment shelters, for which the restoration time was substantially longer than the average."

"While a significantly larger length of copper cable was damaged than fibre optic cable, it is not possible for the ACMA to draw any conclusions about the resilience of either type of cable based on the data collected," the report said.

"The prevalence of certain types of cable in the areas impacted by bushfires is likely to be relevant to any consideration of the relative resilience of different types of cabling to bushfires."

The highest number of fixed-line services impacted by a single outage was 2,305.

"By the end of the review period, 96% (849) of all facilities that experienced outages had been permanently restored," ACMA wrote.

"In 8% of cases, the carriers reset, repaired or replaced hardware or facilities to permanently restore the facility."

At the end of January, 39 outages were ongoing, and by March 20, that number was down to four.

Communications Minister Paul Fletcher said while a combination of mobile, fixed-line, and satellite connectivity allows for quicker reconnection of impacted communities, the resilience and redundancy of networks still had to be improved.

"At one point 150 mobile base stations across New South Wales, Victoria, and South Australia were off the air, and over 20,000 NBN services were disrupted," Fletcher said. "While the telco industry acted quickly to restore services, these outages had a significant impact.

"For example, when mobile coverage was lost in holiday towns on the NSW south coast, tourists could not contact friends or loved ones, and many were unable to buy food and fuel because Eftpos terminals which use the mobile network were not working."

In response to the bushfires, NBN said in February it would look to preinstall satellite links at evacuation centres.

"We are very conscious that these climatic conditions are likely to continue and indeed to get worse, and we're conscious that as a network we need to test our resiliency, make sure that we have a network that can either recover quickly or is backed up in some way," NBN CEO Stephen Rue said.

ACMA was tasked with conducting its review in January, and defended the six-week scope of the report saying it allowed for a quicker turnaround.

"This period was also selected as it encompassed the peak of the 2019–20 bushfire season, when escalation of extensive fires across three states and impacts to local and holiday communities were most severe, and when widespread impacts to telecommunications networks occurred," ACMA wrote.

Join Discussion for: Only 3% of tower outages during bushfire...