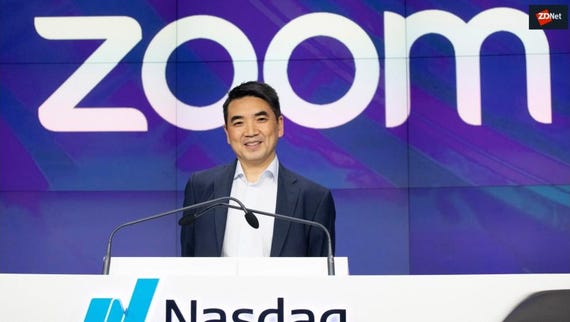 Zoom: If you want end-to-end encryption you'll have to pay
Watch Now

While Zoom and Microsoft Teams might have grabbed many of the headlines for keeping us connected during lockdown, open source tools have also been making significant progress.

For example, technology developed by UK software company Element is to be rolled out by the German education system to provide collaboration tools for half a million seats in the states of Schlesweig-Holstein and Hamburg.

Dataport, the public sector infrastructure provider in Germany, will be responsible for managing the servers hosting the app, making sure that the technology complies with German data privacy laws, and deploying the tool to a vast network of schools and offices.

"So far as we know, 500K users makes this the biggest single messaging and collaboration implementation in the world," said Element.

At the core of Element's business model is the idea that organizations shouldn't have to surrender the management of communication technologies to big corporations, such as Microsoft Teams, Zoom, Slack or Facebook Workplace.

"We want to democratize control over communication," Element's CEO Matthew Hodgson tells ZDNet – needless to say, over an open-source video call. "People in Germany shouldn't be beholden to the legislation happening in the US, or trusting their data through an app controlled by a particular government.

"Empowering organizations to run their own stuff is just a re-levelling effect to decentralize the control of that data to the people who own it in the first place," he continues, "rather than holding it all in whatever organization it might be and hope it doesn't get compromised or pressured by the authorities."

To replace the communication tools that most of us know, Hodgson and his co-founder Amandine Le Pape set out to rethink the entire system. The duo came up with Matrix, an open-source project that provides developers with the infrastructure, tools and protocols to build their own communication systems.

Matrix provides simple HTTP APIs and SDKs for iOS, Android and Web, on top of which developers can create chat rooms and video conferencing, add read receipts, formatted messages or synchronized conversation history, and even build in IoT solutions.

Element is the flagship application that was built on top of Matrix, that users can leverage to to build their own services if they wish to. "A little bit like Netscape, in the early days, was the flagship way of using the web," says Hodgson.

In fact, to better understand the way that the founders of Element engage with communication tools, Hodgson suggests comparing Matrix to the birth of the web: the internet was created as an open platform for users to build their own webpages. When it comes to communication apps, however, things went down a different route.

Because building a communication system is much harder than setting up a webpage, companies quickly created the WhatsApps, Slacks, and Microsoft Teams that we know and use now – commercial services that Hodgson argues resulted in siloed systems and vendor lock-ins, more often than not in the hands of Silicon-Valley-based big tech.

"As a result, we've never had an equivalent of the web as an open platform for people to build communication on," says Hodgson. "And that is what we created with Matrix. You can think of it as being the missing communication tool for the web."

The idea will sit well with many potential customers who are currently faced with apps that do not protect communications with end-to-end encryption. Zoom has been dancing around the method for the past few months, while Slack or Microsoft Teams encrypt customer data in transit and at rest, but have shown no plans to add end-to-end encryption capabilities to their software.

Hodgson explains that many users simply cannot use such apps because of the privacy implications. "This is why we have end-to-end encryption," he says. "If an attacker gets into one of our servers and tries to read the messages, they can't actually access the data."

Matrix sounded like "a crazy idea" when Le Pape and Hodgson came up with it back in 2013; a few years later, and the technology is now a vibrant open-source project with thousands of developers, including teams from Ericsson and Thales, leveraging the protocol to build next-generation communication services.

To generate revenue, Le Pape and Hodgson provide Element as a hosting platform, and offer support to the customers who deploy the service on-premise. The company also developed a number of proprietary apps to carry out specific tasks, such as audit compliance or antivirus scans, to complete their commercial offering.

The project is gathering pace, and has seen a ten-fold increase in demand since the COVID-19 crisis has forced organizations online. Companies and public sector bodies found themselves having to rely on what Hodgson calls "centralized American systems" for critical communications, with little control over their data or how to secure it. In that context, Element's offer of a run-your-own system has made huge strides in popularity.

European nations have long been interested in distancing themselves from the technologies potentially controlled by other nations in an effort to reinforce their digital sovereignty. Last month, for example, France and Germany kicked off the GAIA-X cloud project, a non-profit foundation designed to re-establish European control over US and Chinese cloud giants.

It is no surprise, therefore, that the biggest deal signed by Element before the one secured in Germany was with the French government last year. The Matrix-based app Tchap was developed by the French government to replace employee use of Telegram or WhatsApp, and prevent attacks or surveillance from foreign intelligence agencies..

With 300,000 current users across all ministries, Hodgson described the partnership as "the killer app for this use case". "We supplied them with a run-your-own communication tool with proper encryption," he says. "It really was the flagship deployment."

But as the COVID-19 crisis keeps organizations dependent on online collaboration tools for the foreseeable future, and work goes increasingly remote, the appeal of Le Pape and Hodgson's offer seems likely to increase rapidly. And with hacks and privacy scandals getting ever-more sophisticated, the Matrix ecosystem is set to thrive – this time, putting the data back where it belongs.

Join Discussion for: This 'world's biggest' messaging and collaboration...