Oracle: Half of customers will upgrade to Fusion apps over five years

Oracle gave the lowdown to analysts on what kind of customer upgrade cycle it expects for its Fusion apps.
Written by Larry Dignan, Contributor on Sept. 23, 2010

Oracle gave the lowdown to analysts on what kind of customer upgrade cycle it expects for its Fusion apps.

Although Fusion applications were largely overshadowed Exadata and Exalogic at Open World, Oracle's next generation enterprise software is arguably way more important financially and from a customer perspective.

Analysts were busy penning their recaps of Oracle's Wall Street powwow Thursday. Here are a few of the key takeaways:

What's notable here is that Oracle gave more details about Fusion in a few hours with analysts than it did all of Open World. Keynotes at the conference were mostly hardware focused.

Other odds and ends from Oracle's analyst day:

We continue to view Oracle as the best horse in the glue factory, but remain concerned that Oracle is not a net share gainer in the paradigm shift to the cloud. Oracle will continue to dominate in the areas its always dominated in and continue to grow via M&A, but enterprise IT is consolidating and the major players continue to compete aggressively on price. Real growth in computing is coming from a wide variety of non mission critical workloads being deployed away from Oracle in massively efficient low cost data centers. Cloud computing pricing is far too low to drive total growth in IT spend by expanding the market opportunity. 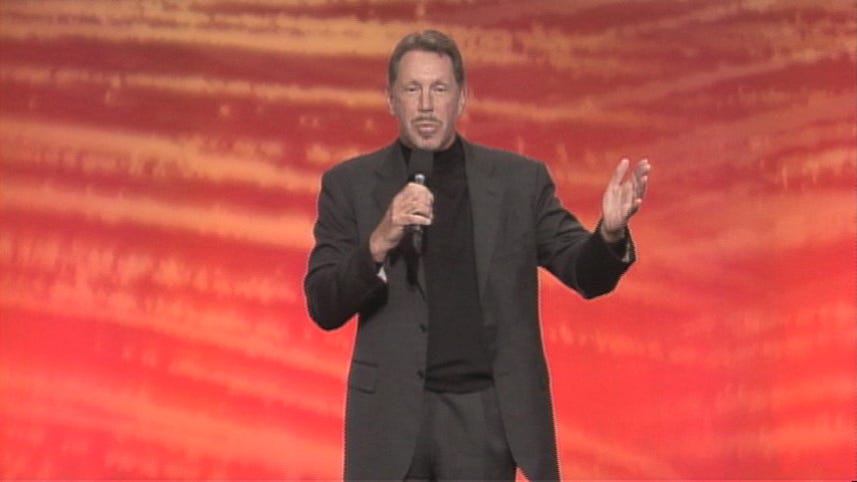