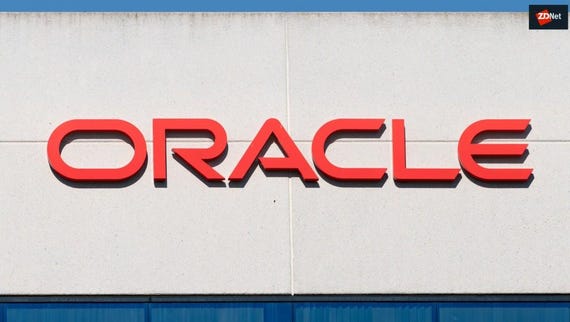 Oracle has signed a whole-of-government services agreement with the Digital Transformation Agency to make it easier for government agencies to purchase Oracle products and services.

Under the arrangement, agencies will have access to Oracle's entire hardware, software, cloud and services offerings, including applications for sales, service, marketing, human resources, finance, supply chain, and manufacturing, plus its cloud infrastructure featuring the Oracle Autonomous Database.

Oracle's cloud regions in Sydney and Melbourne will also be provided to agencies under what the DTA has dubbed as the "new coordinated approach to buying Oracle".

"The arrangement gives agencies better value for money, consistency, and flexibility when sourcing Oracle products and services," the DTA touted.

While the terms of the deal were not disclosed, the agency said: "The coordinated approach to digital sourcing will make it easier for agencies to buy technology, drive innovation, and get more value out of their investments".

DTA said non-corporate agencies with existing Oracle contracts will be transitioned under the new arrangement.

"We'll work with those entities closer to the end of their support term or as needed," the agency said.

All new government contracts with Oracle will be made under the arrangement, the DTA added.

Earlier this year, information revealed to ZDNet under freedom of information (FOI) showed there were 62 technology projects underway by Australian government entities of which were valued at over AU$10 million and loosely under watch by the DTA.

The DTA in early 2017 was charged with looking into the structures of existing Australian government high-cost technology projects, but as was revealed during a round of Senate Estimates last year, the DTA's powers only go so far and the best way to avoid scrutiny for a troubled IT project is to ignore phone calls from the DTA, not reply to emails, and bump up self-reported scores.

Documents received by ZDNet under FOI revealed the earliest project the DTA was aware of started in April 2013 and had yet to be marked as completed.

Not long after, a report from the Australian National Audit Office (ANAO), which was looking into the procurement practices of Commonwealth entities, detailed that Australian government entities publicly awarded AU$490.8 billion in contracts over a 10-year period, with IBM, Telstra, and Boeing among the largest winners of those contracts.

In publishing a review into particular procurement activities of federal agencies in August, the ANAO found the DTA fell short on complying with the commonwealth procurement rules.

"Its approach did not support the achievement of a value for money outcome or treat suppliers equitably," ANAO wrote.

The DTA has since fixed its deficiencies to comply with the minimum CPR requirements, the ANAO said.

"Although DTA's consideration of price, quality, and risk could be more robust to better demonstrate that its evaluation of suppliers achieves value for money outcomes," it added.

The DTA should have been more active in identifying and managing key risks and probity arrangements in the establishment process, the ANAO said.