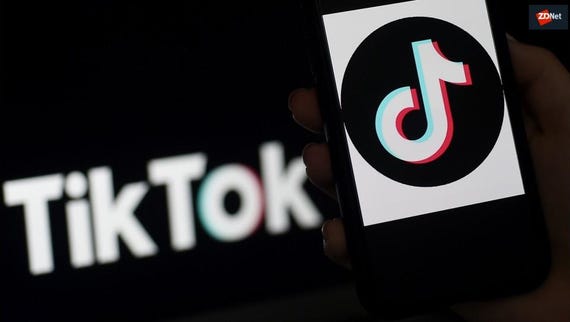 Amazon and TikTok: The story of "an error"
Watch Now

Oracle is reportedly considering the acquisition of TikTok's operations in the United States, a move that could set the company up as a competitor to Microsoft in securing a deal.

According to the Financial Times, the tech giant has held preliminary talks with the Chinese owner of TikTok.

Founded in 2012 by Beijing-based ByteDance, TikTok is a video-sharing platform that has become popular with teenagers and young adults. The app accounts for roughly 175 million downloads in the US and approximately 800 million worldwide.

TikTok has been valued at up to $50 billion by investor groups, a figure far more substantial than rival social media platforms and services like Snapchat.

The FT said on Monday that technology conglomerate Oracle has seriously considered bidding for TikTok's operations not only in the United States, but also in Australia, Canada, and New Zealand. Oracle is also reportedly in discussions with US venture capitalists already possessing a stake in ByteDance.

TikTok -- alongside WeChat -- is the latest company to feel the ramifications of an ongoing trade war and simmering tensions between the US and China.

The video-sharing platform was subject to an executive order signed by US President Trump last week, prohibiting transactions with ByteDance and the firm's subsidiaries, an order that will take effect in under 40 days. Another order has given TikTok roughly 90 days to complete the sale of its US arm.

Trump has called the use of both TikTok and WeChat a "national emergency" as they are developed in China and could threaten information and national security.

The order claims that data gathered from TikTok users could "allow the Chinese Communist Party access to Americans' personal and proprietary information -- potentially allowing China to track the locations of federal employees and contractors, build dossiers of personal information for blackmail, and conduct espionage."

TechRepublic: Microsoft Teams: These features will help you to manage online classrooms

India has already banned TikTok. TikTok says the company has been trying to work with US officials to allay data and protection concerns, denying that information has been sent to China's ruling party and adding that TikTok datacenters are located outside of the country.

TikTok also said that the order sets a "dangerous precedent" and may hamper both free expression and an open, global market.

While Oracle has reportedly thrown its hat into the ring, Microsoft is heavyweight competition. The Redmond giant confirmed its interest on August 2, "subject to a complete security review and providing proper economic benefits to the United States, including the United States Treasury."

Join Discussion for: Oracle throws hat in the ring for TikTok...