Andrew Nusca is a former writer-editor for ZDNet and contributor to CNET. He is also the former editor of SmartPlanet, ZDNet's sister site about innovation. 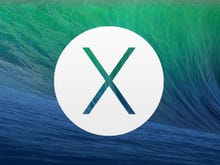 The company announced the date today at an event in San Francisco.

"What's most important to us is seeing the software in the hands of as many Mac users as possible," software engineering SVP Craig Federighi said.

Among the new features of Mavericks is the inclusion of the previously mobile-only iBooks and Maps applications, an updated Calendar and Safari web browser, support for multiple displays and notifications, and several tweaks to improve performance and energy efficiency.