OtterBox is famous for its protective phone cases and now has a new wireless charging system designed to help you extend the use of your device in environments where you might need those cases. The OtterSpot system has the flexibility to travel while also offering the power for faster charging.
Written by Matthew Miller, Contributing Writer on Sept. 15, 2019 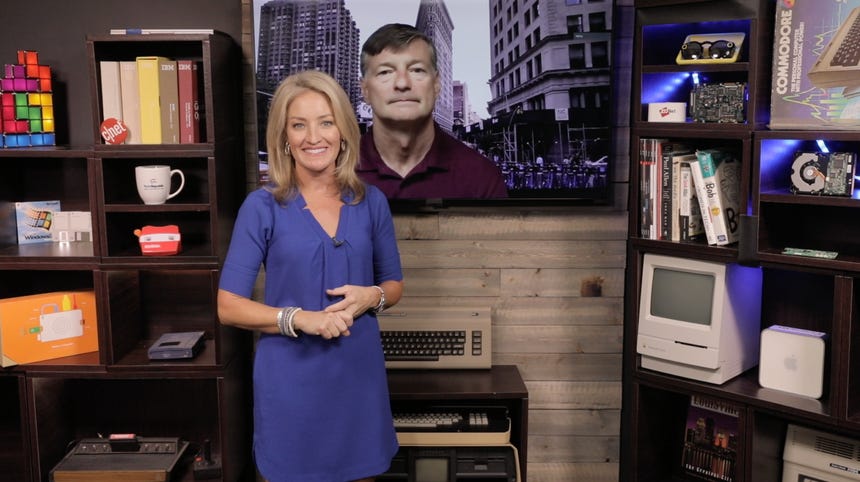 OtterBox has a large assortment of protective cases and also now has outdoor products, such as coolers, with the OtterBox brand. It's the latest entry into the mobile market is the OtterSpot wireless charging system and for the last few weeks, I've been using it to keep Samsung, LG, Apple, and Huawei devices charged up on the road, in the office, and at home.

You can use the base alone to charge up one device or even set a device on top of the stack of batteries to charge the batteries and charge the device too. The real power of the system though is to take charged up wireless battery pucks and hit the road. I found that the OtterSpot batteries are perfect for business travel where I can have the batteries placed around my hotel room without worrying about finding adequate outlets or taking along more cables and chargers. It was also convenient to have a charging pad with me during meetings where I set my phone down on the charging pad to keep the phone topped up.

The charging base has a 36W capacity with an included wall charger. You can stack up to three batteries for full charging, but can also stack a fourth at a reduced charging capacity. There is a single indicator light on the front of the charging base showing when charging is active.

Also: 11 reasons I'm buying an Apple iPhone 11 Pro instead of a Samsung Galaxy Note 10 Plus

On the front of the battery pack is a button and four white LED indicator lights. When you want to charge up your mobile device, set it down on the battery pack and then press the button to start charging. The LEDs will indicate the remaining battery life on the pack. Charging will then continue until 100% charge is reached on the device when the indicator lights will turn off and the battry pack will stop charging your device.

Also: Fitbit Versa 2 review: Buy it for its outstanding sleep and health tracking, not for its limited smartwatch functionality

Each battery pack has 5,000 mAh capacity with the capability of charging up to 10W if your device supports faster wireless charging at this rate. I've tested the battery pack with several phones and it works with every device I've tested, as well as with most cases that were wrapped on these phones.

If you just happen to have a device that does not have Qi wireless capability, you can even connect a USB-C cable to the battery pack and charge up that device via a wired connection. I tested this with the OnePlus 7 Pro since that phone does not have wireless charging support.

We have seen lots of portable battery packs and some with wireless charging capability. However, the OtterSpot wireless charging system is the first I have seen designed as a complete system that is perfect for the office or the home as you can make sure you always can charge up your devices without dead batteries lying dormant.