New research shines a light on US law enforcement's unchecked use of surveillance cameras and facial recognition to scan the public.

One in two US adults are now in a law-enforcement face-recognition database of some description, according to a new report by Georgetown University's Law Center on Privacy & Technology.

As the report notes, facial recognition is a mature technology and is used legitimately to combat serious and violent crimes.

Photos: From facial recognition to connected toys, a trip inside the invisible big data revolution This new exhibition at London's Science Museum looks to help people explore the "invisible revolution of big data" and inspire the data scientists of the future.

However, since there are virtually no rules for its use across 52 agencies, the technology can also be misused. The group has called for a far higher threshold on the use of facial recognition by law enforcement, akin to the rules set out in the US Wiretap Act.

"A few agencies have instituted meaningful protections to prevent the misuse of the technology. In many more cases, it is out of control," the report's authors write.

According to the study, up to 30 states in the US allow law enforcement to run facial recognition search and matching against driver's license ID photo databases. Additionally, 16 states allow the FBI to run the searches against these databases, allowing it to build a biometric network consisting largely of law-abiding citizens.

Policy-wise, the researchers make a distinction between targeted and persistent use of facial recognition.

"A face-recognition search conducted in the field to verify the identity of someone who has been legally stopped or arrested is different, in principle and effect, than an investigatory search of an ATM photo against a driver's license database, or continuous, real-time scans of people walking by a surveillance camera. The former is targeted and public. The latter are generalized and invisible," the researchers contend.

Also, typically, if police visit a person's home and request they attend a witness line-up, the person has an opportunity to say 'no'. There's no such choice under a virtual line-up where a person is identified not by people, but by an algorithm.

The report notes that no algorithm in use by law enforcement has been vetted for racial bias. That measure has not been undertaken despite a 2012 FBI study acknowledging that facial recognition was five to 10 percent less accurate on African Americans than Caucasians, risking singling out innocent African Americans as suspects.

That suggestion of potential inherent bias prompted demands on Wednesday by civil rights groups for a federal investigation into whether surveillance tech and facial recognition may be unfairly impacting communities of color.

"The effect of these inaccuracies is compounded by the fact that biased policing practices often mean that African Americans and other people of color are also likely to be overrepresented in the mugshot databases that many jurisdictions rely on for face recognition," ACLU said in a letter to the Justice Department Civil Rights Division.

The Georgetown researchers also found that of the 52 agencies that use facial recognition, the Ohio Bureau of Criminal Investigation is the only one that has a policy banning officers from using the technology to track protesters. Only nine agencies had audited their officers' face-recognition searches for improper use.

The researchers have recommended limiting FBI facial-recognition search using license ID photos to investigations of serious crimes and only after receiving approval from a state. Photo IDs make up 185 million of the reference photos in the FBI's FACE Services database, which contains a total of 411.9 million photos.

Police meanwhile should require legislative approval, according to the researchers.

No doubt these suggestions are likely to be met with resistance given that law-enforcement agencies have looked to facial recognition to accelerate investigation times. 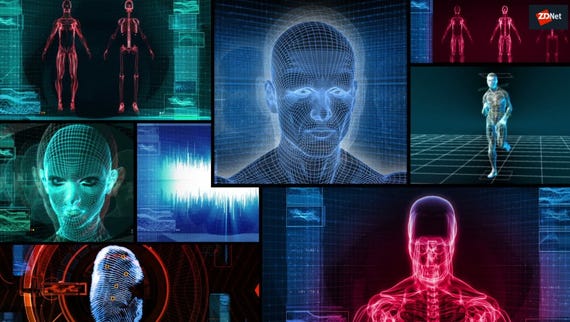 Is your face in a police database?
Watch Now

Join Discussion for: Facial recognition out of control? Half of...