By Charlie Osborne for Between the Lines | January 19, 2017 | Topic: Innovation

Panasonic hopes to work with Tesla to produce more than just batteries for next generation vehicles as the company continues to move further into the automotive field.

As reported by Reuters on Thursday, Panasonic CEO Kazuhiro Tsuga said in an interview that the company is "deeply interested" in Tesla's self-driving vehicle system and ambitions, and hopes to "expand our collaboration by jointly developing devices for that, such as sensors."

Panasonic currently works with Tesla on lithium-ion battery research and production through a Nevada-based complex called the Gigafactory, first announced in 2014.

The factory manufactures battery cells, modules and packs for Tesla electric vehicles (EVs), of which Panasonic has an exclusive contract as the supplier of batteries for the Tesla Model S, Model X, and Model 3.

The Gigafactory has slurped up $1.6 billion in investment from Panasonic as a partner, and reports suggest a second factory, intended for European soil, may be in the works.

However, Panasonic hopes to contribute more to Tesla's EV and self-driving vehicle plans than just juice. According to Tsuga, one such product could be organic, photoconductive film CMOS sensors used for high-speed object detection in real-time.

Currently under development by the firm, such sensors could be utilized to improving mapping technologies required by self-driving or driver-assist vehicles that need to map their surroundings to detect traffic flows and potential hazards.

It has been a difficult few years for Panasonic with job cuts and business pruning, but a shift to other revenue opportunities and improving the firm's portfolio through acquisitions have become top priorities. 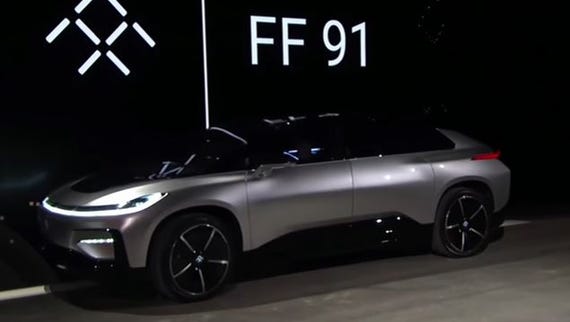 Last month, Tesla and Panasonic announced plans to develop and manufacture photovoltaic cells and modules for use in household solar panels. The companies will be operating out of a $256 million factory based in Buffalo, New York, which was built in 2014 by a firm acquired by SolarCity, later snapped up by Tesla.

By Charlie Osborne for Between the Lines | January 19, 2017 | Topic: Innovation