I switched my daily driver system from Windows to Mac what feels like eons ago, but that doesn't mean that I don't still need to use Windows 10. I use it quite a lot in fact, and while I could have a separate system, I find that my Mac is the best Windows 10 machine I can buy.

Out of the box, Macs have a tool called Boot Camp that allows users to install Windows 10 int a separate partition. But Boot Camp is pretty restrictive. I can boot into Mac, or I can boot into Windows, and that's pretty limited. Also, it can only run Windows, so Linux and the likes is not an option.

You can even run another macOS installation on your Mac using Parallels Desktop.

And today sees a new release: Parallels Desktop 16 for Mac.

Must read: This Apple product used to be terrible, but I now highly recommend it

Immediately obvious is the new look, offering a refreshed design that integrates well with Apple's upcoming macOS Big Sur. But there's much more to Parallels Desktop 16 for Mac than a cosmetic update. 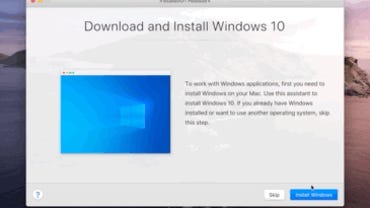 Here are some of the highlights:

One of the key features that separates Parallels Desktop from the competition is ease of use. For example, installing Windows 10 is easy thanks to the built-in Installation Assistant.

There are several different ways to get Windows running on your Mac:

The best-selling version of Parallels Desktop is the Pro Edition, and this brings even more functionality and features:

Business user? There's a special Business Edition for you, packed with features that you need to manage everything:

A new license starts at $79.99, while upgrades start at $49.99. There is also a subscription model, and Parallels Desktop 16 subscribers also get access to Parallels Toolbox for Mac and Windows and Parallels Access.