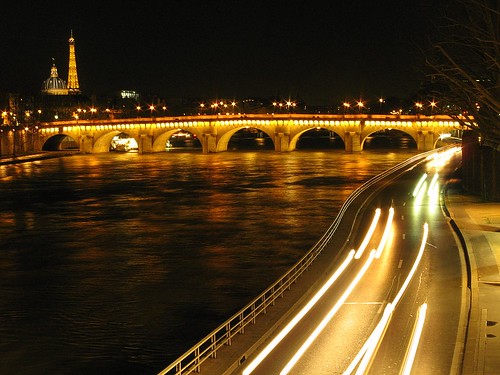 Earlier this month, I discussed new efforts to tap the flowing energy of American rivers (see: Hydrokinetic energy on the Mississippi ). Apparently, in-stream hydrokinetic power is en vogue elsewhere, as Paris now seeks to do the same with its famously romantic river, the Seine.

Interestingly, while some have ambitiously reported that hydrokinetic energy might one day power all of New Orleans (once a French city itself), the Parisians seem to be dabbling in the in-stream tech as more of an educational effort.

Denis Baupin, deputy mayor of Paris, tells the The Guardian:

We're not expecting the moon and the stars with these techniques, but the educational impact of these experiments is just as important. Vélib [Paris's free bicycle scheme] has made Parisians realise they can use cycles in the city, and these renewable energy schemes will make them aware of the need to watch what they consume.

Just how much the turbines will affect the Parisian consumer psyche is unknown, as is the number of kilowatt hours the Seine's current might produce while passing through them. But in the hopes of installing the 8 hydroliennes by spring 2011, the city is asking for proposals to be submitted by fall.

They will announce the winner in January. Bonne chance!